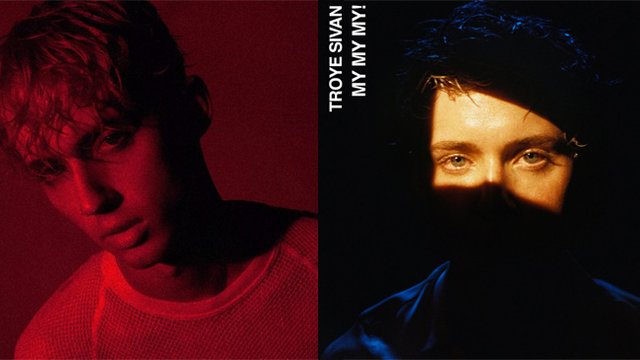 Read all the info about Troye's new album, Bloom, including new rumours of a release date for #TS2.

The wait is finally over. Troye Sivan has started releasing new songs from his upcoming second album, the follow up to Blue Neighbourhood.

The latest news is that the album is coming out August 31st. Never one to make quiet announcements, Troye confirmed the release date after a performance of 'My My My!' with Taylor Swift as a special guest on the Reputation Stadium Tour. He then took to Twitter to unveil its stunning cover art and quite frankly we are shook.

MY ALBUM BLOOM IS OUT AUGUST 31st cover art by @hedislimane pic.twitter.com/uhVwOI7rIA

Troye announced on his Instagram story earlier this month that the name of his second album will be called Bloom. In the post, Troye also confirmed that the album is now fully mastered and ready to be released.

Troye dropped the video for 'My, My, My!', the lead single from the album, at the beginning of January. The single was co-written with regular collaborator Leland and the video was directed by Grant Singer (The Weeknd, Lorde). He then released the emotional ballad 'The Good Side' as an instant grat mere days later in time to perform it on SNL. On April 30th, a second single was announced called 'Bloom', which was released on May 2nd. The single is also co-written with Leland. Troye previously confirmed the song title in an interview with PopJustice back in February.

Watch the promo clip Troye posted on his Twitter.

BLOOM OUT MAY 2 9PM PST pic.twitter.com/5XOua4ypwh

Previous rumours about the album release date suggested that it would come out in June. The June date appeared in a piece with GQ Australia. At the end of the interview, the magazine wrote that the album would be released on June 8th. Considering that no one from Troye's camp ever officially confirmed that date, it's unclear if it was information that the magazine was not supposed to publish or a mistake. There's a good chance that it was a planned release date before being set back to August 31st.

.@troyesivan will release his second album on June 8th which will include his collaboration with @ArianaGrande, "Dance To This", according to GQ Australia. pic.twitter.com/vorrlUGlbr

What else do we know about #TS2? We've been keeping track of social media posts about the album by Troye and his collaborators to see what we can find out. Here's everything we know so far.

As we've written above, it's August 31st.

In an interview with Elvis Duran in January, Troye explained that there wasn't a set date for release and that he was still making changes to some of the songs. "I have no idea...I know when I would like for it to come out but I'm still making little changes and stuff like that so it's not completely done yet."

Will there be any collaborations?

The big news Troye unveiled recently is that Ariana Grande will appear on the album in a soon to be released duet called 'Dance to This'. SHOOK.

Troye's last album had a couple of features which were fairly low-key. However, Troye's status has risen considerably since then and he's likely to be in a better position to receive and request collaborations. Since the album first came out Troye reworked 'Wild' with Alessia Cara as well as a feature on Martin Garrix's 'There For You', so he's obviously in the mood for collabs.

One guest that could feature is Allie X. They previously worked together on 'Talk Me Down' and 'Lost Boy' on Blue Neighbourhood. More recently, Allie tweeted an image from the studio and tagged Troye. .

Troye confirmed to PopBuzz that he had written songs with Carly Rae Jepsen for the new record but, unfortunately, they did not make the cut. Despite writing a few numbers, they didn't fit the final sound of the record. Watch the interview below.

Who's producing the new album?

Considering he's already posted a video of himself with Alex Hope, it's likely that Alex will feature on the album in some capacity. However, Troye worked with multiple producers for Blue Neighbourhood, most notably with Jack Antonoff (Bleachers) on 'Heaven', so it's likely multiple producers and co-writers will appear on the final tracklist.

More recently, Troye posted pictures of himself with Benny Blanco and Cashmere Cat (well, their dogs) in the studio. Blanco has worked on mega-hits like Justin Bieber's "Love Yourself" and Katy Perry's "Teenage Dream" while Cashmere Cat has worked with Halsey, The Weeknd and Francis And The Lights recently. All of which is to say that the second album sounds very promising indeed!

Songwriter and now artist-in-his-own-right Leland is also considered a shoo-in for the album. He co-wrote 'My, My, My!' but it's not impossible to imagine he might actually feature as a guest too. Swedish music producer Oscar Gorres produced 'My My My!'.

For 'The Good Side', Troye worked with Ariel Rechtshaid, Bram Inscore & Jam City and for 'Bloom' he joined forces with Peter Svensson, Oscar Holter and Brett McLaughlin.
.

Troye's second album will be called Bloom.
Confirmed songs so far: 'My! My! My!', 'The Good Side', 'Bloom' and 'Dance to This'.

As with most big pop records, the final tracklist will be a closely guarded secret until Troye lets you know himself. Unlike artists such as Halsey or The 1975 who tend to tease lyrics and details many months (even years!) before the record comes out, Troye tends to keep his cards close to his chest. Just think of it as one big surprise when all the details are revealed in 2018.

Will there be tour dates?

Troye has been very tight-lipped about his progress in interviews. Thankfully, Troye has been a little bit more forthcoming on social media.

Being in the studio all week means that weekends are things to cherish and enjoy pic.twitter.com/61EoCZMr6e

I have been working sooo hard trying to craft my dream album 4 u guys. The crazy thing is it's like.....coming to life

TRUE FACT: I listened to a song that I wrote this week on this flight and cried lol (it's not sad) bc I can't wait for you to hear it

Here's an actual clip of Troye recording in the studio...with a wig on...with no sound. Thanks Troye.

Oh, and lots of dog action in the studio too. 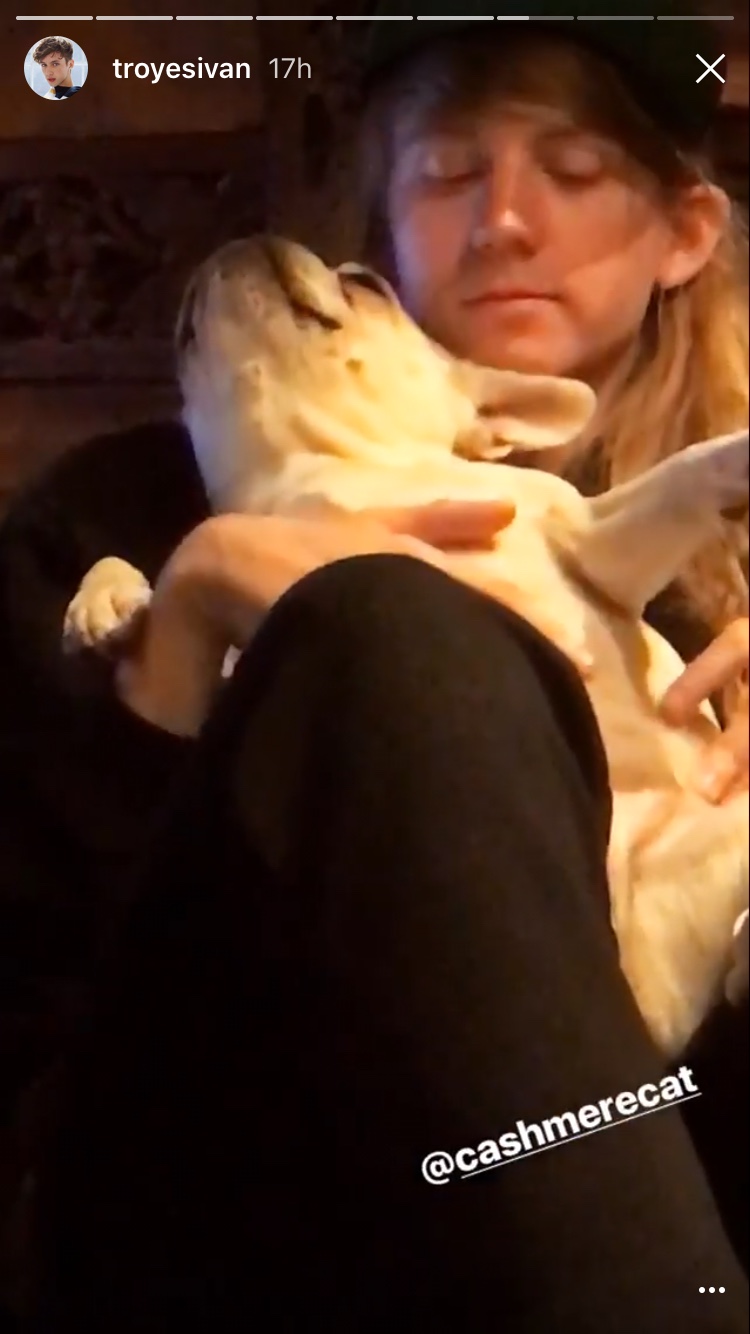 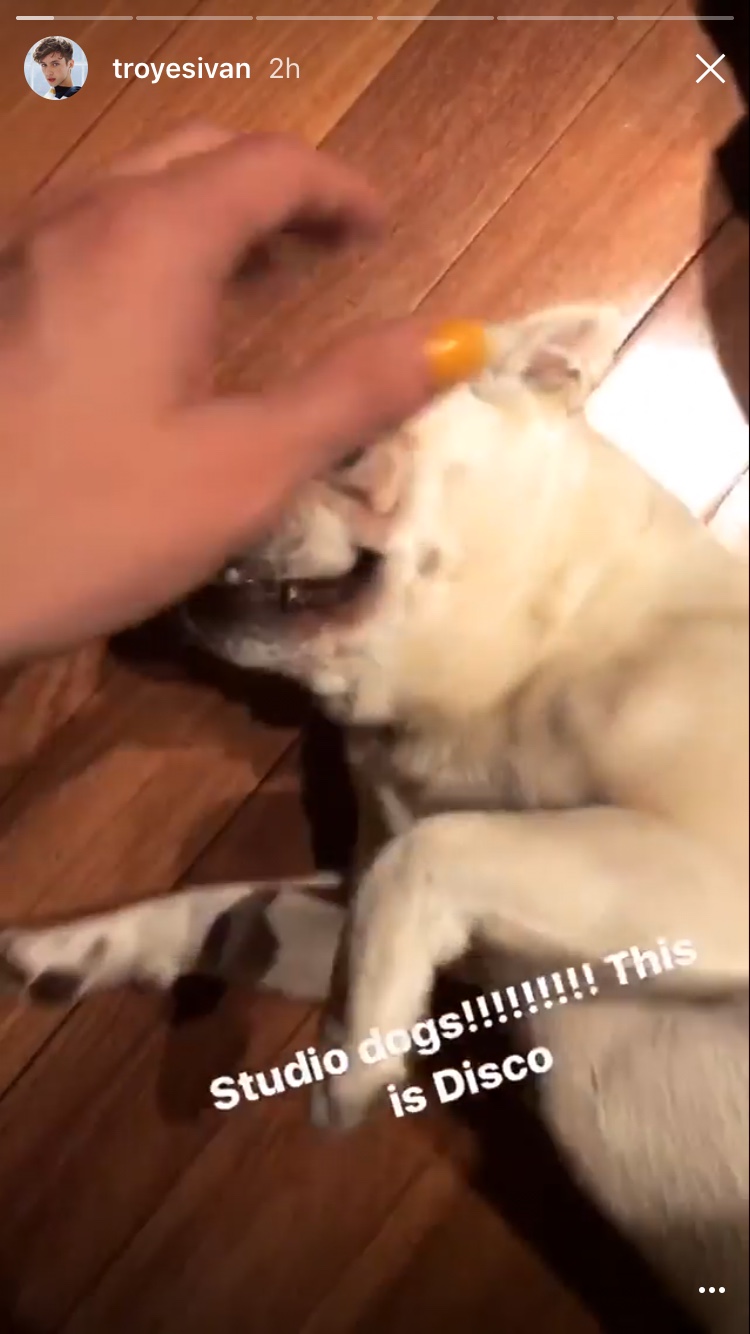 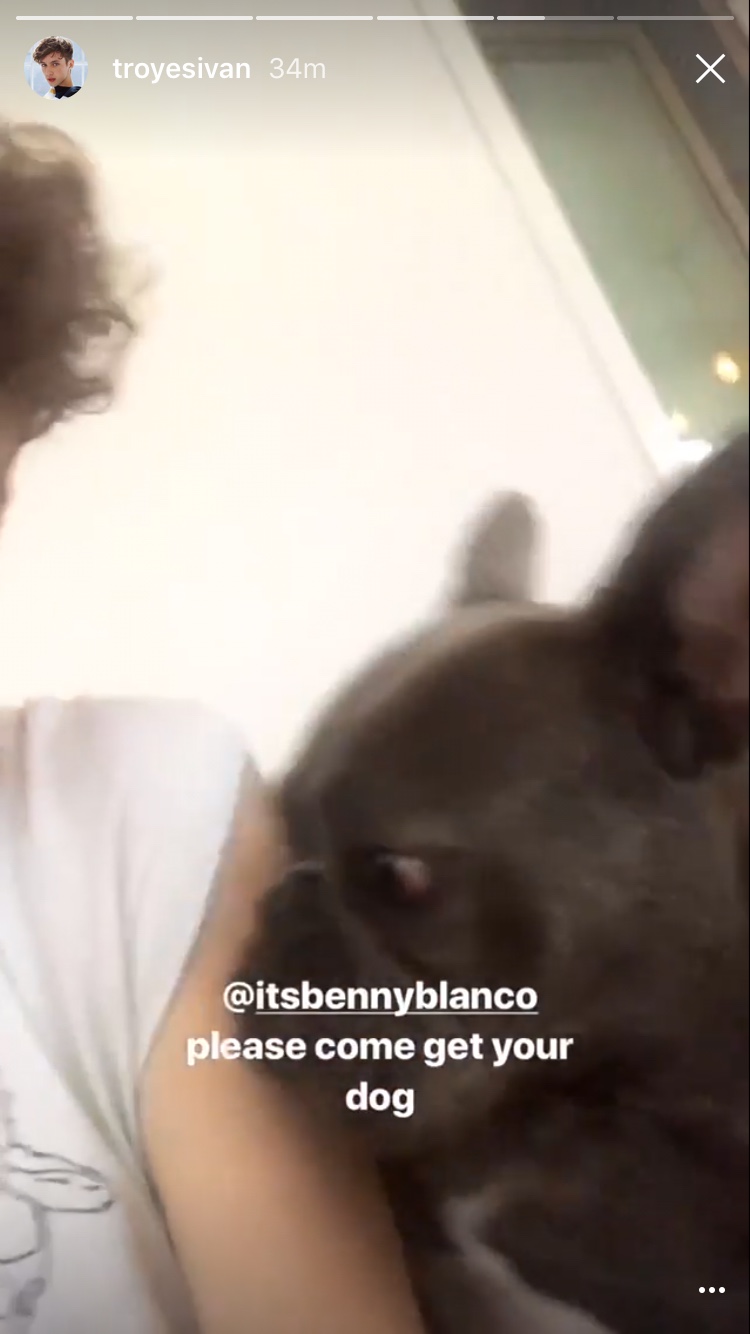 We'll update this page once we find out more information. In the meantime, if you have any sleuths hit us up on Twitter.