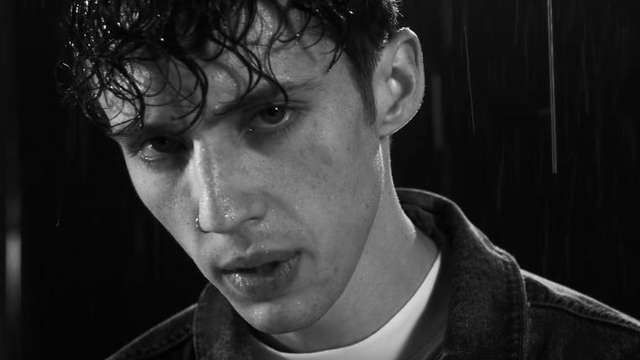 As promised, Troye Sivan signed, sealed, and delivered the visuals for Blue Neighbourhood's "Heaven" yesterday (Jan 19) and it was everything we could have hoped for (and more).

Not only was "Heaven" a flawless aesthetic to behold, Troye managed to give fans something so important in the face of the trying times ahead. Context.

In a note under the video, Troye writes:

"we have always been here. we will always be here. this video is dedicated to all who’ve come before me and fought for our cause and those who now continue the fight. in dark and light times, let’s love forever. love, troye x"

Troye also specifically signposted the promotion of the video as "inauguration day" (although it was eventually released early).

Troye is actively using his position to note that there is still a long road ahead for the historically disenfranchised LGBTQ+ community.
His note is a reminder that others have fought, spilled their blood, sweat and tears for equality, and will continue to do so no matter what opposition lies ahead.

i absolutely love the way that troye sivan uses his position of power (if thats what you wanna call it) to have a voice for lgbt. incredible

Of course, it's difficult for many artists to use their platform to speak candidly about historically important moments in their various communities. There is often a fear of alienating less progressive wings of their fanbase, or even being seen as capitalizing on progressivism.

But, as Donald Trump becomes president of a country that only just recognized marriage equality and banned the controversial "don't ask don't tell law" in the military, the fate of hard fought rights for many communities are certainly tenuous. Trump will likely appoint a conservative judge to the Supreme Court, opening the door for individual states to challenge marriage equality mandates.

absolutely in love with @troyesivan video for heaven. celebration of the lgbt community is direly needed when men like trump/pence get power

So, in the face of uncertainty and what will be a long and trying 4 years, Troye is leading the way for other passionate musicians and creatives to use art in their efforts to resist prejudice.

Troye has given context to the fight ahead and, for fans or people who may be new to his music, it's one reminder that rights are not handed out, bought, or simply taken. They're won through long struggle, resistance, and grit. "In dark and light times."