Someone Stole Troye Sivan’s Artwork AGAIN And Fans Are Pissed 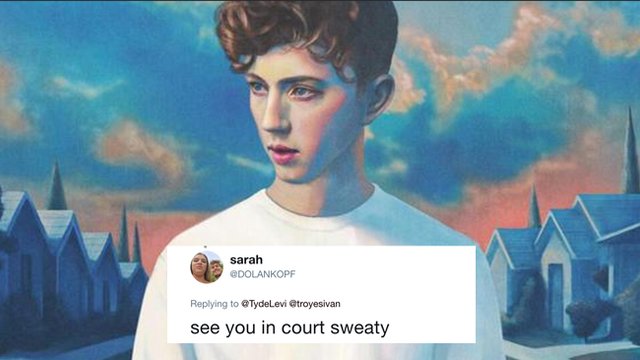 Remember when a Russian artist stole Troye Sivan's Blue Neighbourhood artwork and claimed it was a "coincidence"? Lol! Well, it's only gone and happened again.

Hip-hop artist Legacy posted an iTunes link to his new album Boy Meets World yesterday with artwork that is clearly a blatant rip-off of the Blue Neighbourhood artwork. In fact, the only difference is that they've photoshopped Legacy's face over Troye's. Truly inspired! 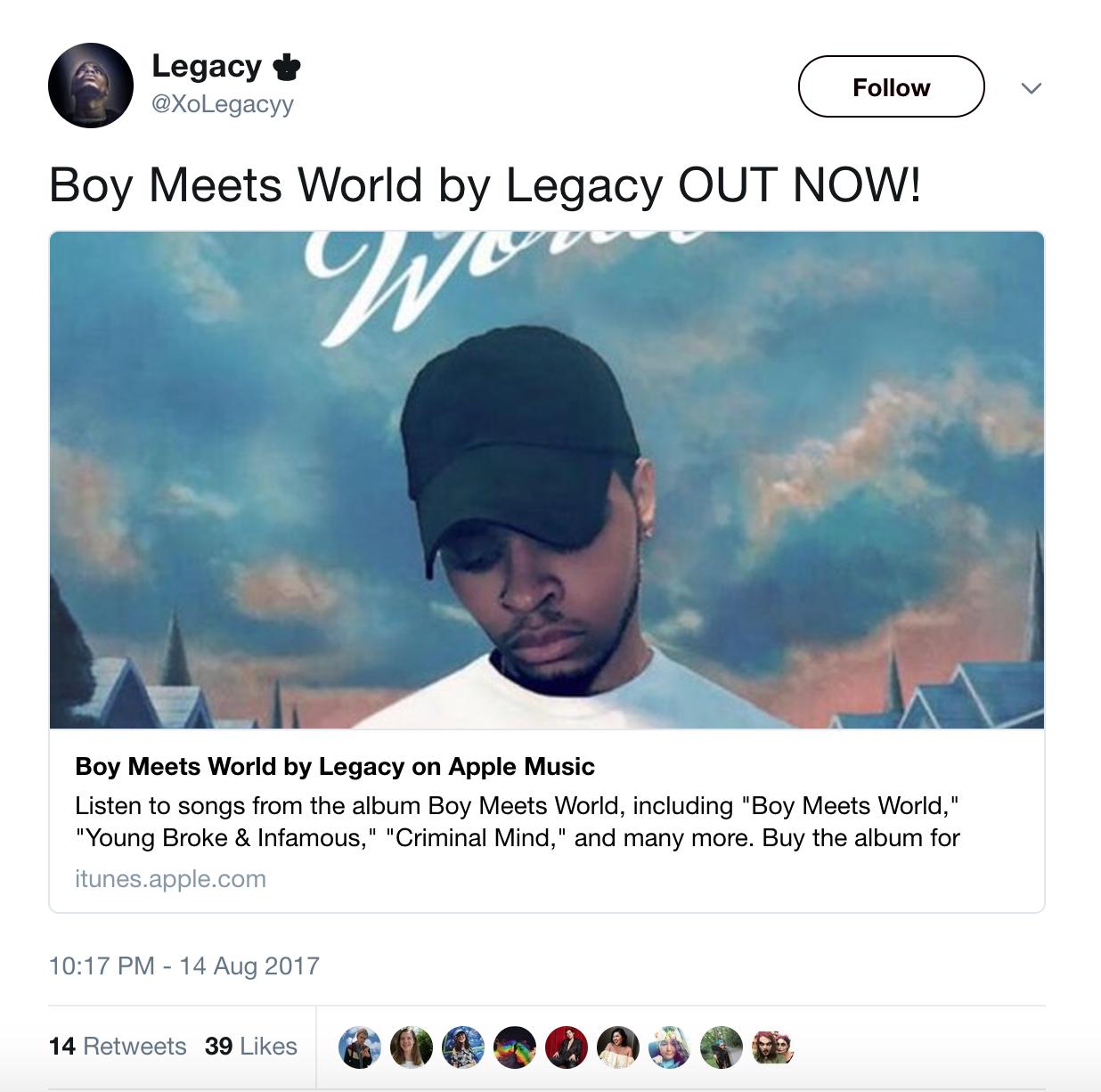 Troye's brother, Tyde Levi, picked up on the copycat artwork and tagged his brother to comment on it. Troye has yet to respond but Troye's fans certainly had A LOT to say about it.

@XoLegacyy I AM READY FOR THE BEEF HUNTY

how do people think they can actually get away with stealing cover art? wtf lmao

Legacy has since responded claiming that he meant "no disrespect" and that "the guy I paid to make it sent it to me and I liked it".

Guys I am so sorry about the artwork, I meant no disrespect or did it just to do it, the guy I paid to make it sent it to me and I liked it.

The album will be taken down and re uploaded with a different cover. Again, my apologies to Troy and his fans, shit went left real quick

Guys again I can't stress how sorry I am, I'm working alone, no team and the artist I paid said the artwork wouldn't get copyrighted pic.twitter.com/rnrcavyXkm

Regardless, the album is coming down asap and the new one will be up as soon as I can get it back up. My apologies again. pic.twitter.com/xsjGv1zmTP

We kinda feel bad for the guy. If you're paying an artist to design artwork for your album (which most people do) you'd hope at the bare minimum that they would create something original and NOT land you hot water for copying someone else's work. Let's hope he gets his money back, eh?

At present, the offending artwork is still on iTunes. We assume it will still be there until Legacy finds a replacement. Perhaps he should check out Troye's Instagram for some inspiration? Just a thought.