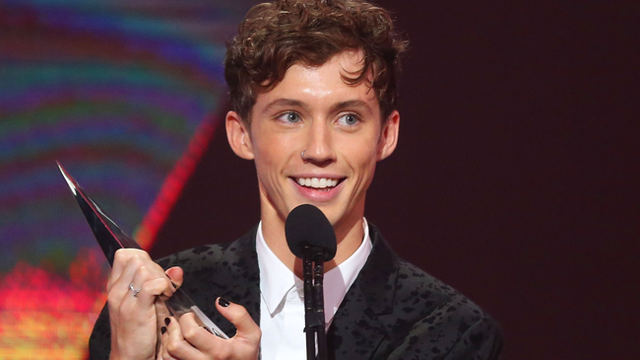 The film is about a boy who is sent away to a gay conversion camp by his parents.

Troye Sivan is about to step in front of the camera again for his BIGGEST on-screen role to date 'cause he's just joined the cast of the upcoming movie Boy Erased alongside some of the most insane names in Hollywood.

Boy Erased is based on the 2016 memoir of the same name, written by Garrard Conley. At nineteen, Conley was outed to his conservative parents and was given the option of either being disowned or enrolling at a gay conversion therapy camp to "cure" his homosexuality.

The book recounts the experiences, both physical and mental, of Conley's life at the conversion camp. And most importantly, his story serves as an honest, unsentimental retelling of live within the abusive, dangerous and hypocritical gay therapy camps that are still sadly around today.

Troye announced the news on Twitter via The Wrap, highlighting how important the message of the movie will be to the LGBTQ+ community and society in general.

UM I guess cats outta the bag!!!! Guys I'm so shook at this This movie is gonna be so important and I'm honoured to be a part of it pic.twitter.com/nPrJBOsu3o

As you probably already know, before his YouTube and music career took off, Troye was an actor. He appeared on stage in various productions including Oliver! and later scored the role of young James Howlett aka young Hugh Jackman in X-Men Origins: Wolverine. He then bagged the lead role opposite John Cleese in a South African movie called Spud.

Troye will join an INSANE cast of actors including Russell Crowe, Nicole Kidman, Joel Edgerton and Lucas Hedges in the movie. Details about his character have not yet been released. The film is set to be released in 2018.

See you at the Oscars, sweaty.