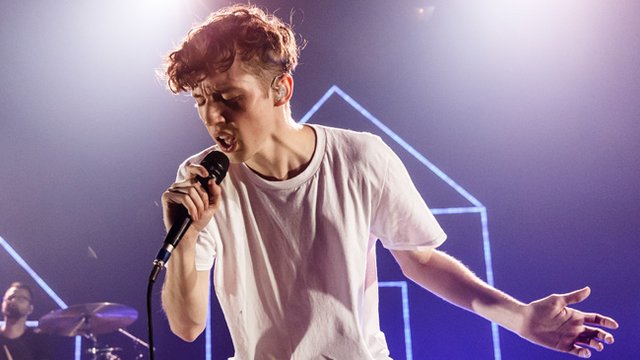 So you've seen a million Mannequin challenges by now and you're probably at the stage where it's starting to become a little tedious and kinda boring, like the ice-bucket challenge after the second time you saw it, right?

Yep, our saving grace, Troye Sivan, has graced the internet (his original home, lest we forget) with a Mannequin Challenge to end all Mannequin Challenges. Check out this video from his Boston show where Troye, his band and the ENTIRE audience joined in.

How on earth did he get everyone to stand still and remain silent?

If you've never been to a Troye Sivan concert, let me break it down for you: there is A LOT of screaming. I honestly wouldn't be surprised if they started handing out Strepsils as people were leaving. Basically imagine this but thousands more of them.

And if that wasn't impressive enough, the crowd topped that by turning themselves into a giant pride flag, which Troye dutifully shared on Instagram.

tonight was my first headlining arena show in the US, and you guys pulled this during heaven - some of you handed out coloured sheets of paper to hold in front of your phone lights to make an arena sized, moving, breathing pride flag. I coulda lay down n died right there and then. In these dark times you guys inspire me and make me feel PROUDER than EVER. I love love love you. Thank you 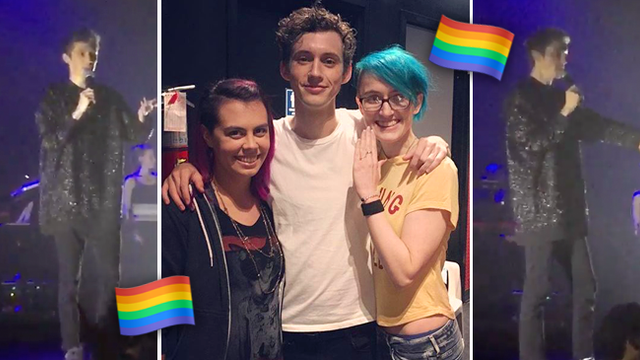 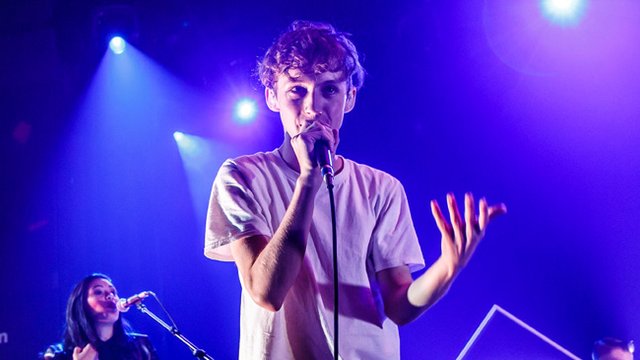