This is a giant REACH.

Flowers are nice, aren't they? They look pretty. They smell good. But, like all good things in this world, they die. And then you have to dispose of them. That's just the life cycle, folks. Don't shoot the messenger.

If only half of stan Twitter could have remembered this over the weekend before they dragged Troye Sivan after he was photographed with his boyfriend Jacob Bixenman disposing of some flowers fans had bought him in a bin on the street in New York.

The photos were shared by Pop Crave (where else?) and gave little context to where and when the flowers were received and then trashed. That didn't stop people jumping to conclusions and attacking Troye for being 'disrespectful' to his fans.

Troye Sivan is receiving backlash after being caught throwing away gifts from fans. pic.twitter.com/FpCHsuBWkN

Here's the tea: Troye was wearing different outfits when he received the flowers and when he put them in the bin, so we're not even sure it was the same day. Secondly, some of the flowers being put in the bin are clearly wilting, so they were going to end up in a bin eventually. There are (unconfirmed) rumours that Troye was about to head to the airport, in which case he wouldn't have been allowed to take the flowers onboard the plane anyway. All of this points to a different picture than the one we've seen: that Troye probably appreciated the flowers but unfortunately couldn't take them with him so put them in the bin.

There are some people who took the pictures a little less seriously and are now memeing it to high heaven.

Troye Sivan being confronted by the fan who gave him flowers pic.twitter.com/4CirvFTzSi

troye sivan after being handed flowers by a fan pic.twitter.com/eMW1xGqXYQ

Troye Sivan putting the Grammys to where they belong after they snubbed Gaga, Kesha and Lana (2018) pic.twitter.com/rIlK61HKTv

Do fans have a right to be mad when their favourite artists ditch presents they bought for them? The answer isn't always a straight yes or no, but in this case we think people need to sit down and get a grip.

Imagine if Troye kept all the flowers and presents he receives on a daily basis. There probably isn't enough room in his house for it all - unless he's up for living like one of those people you see on Hoarders and, quite frankly, we understand why a sane person wouldn't want to live like that.

The truth is that there is no way a person can except all those presents and not put a good portion of them in the bin, especially if they are flowers which are dying/going to die anyway. We'd understand a little more if people were upset about him throwing away a heartfelt letter, or a painting someone had spent hours creating, but that wasn't really the case here.

It's time fans faced up to the facts: you're not the only one giving gifts to your fave and they might not have the space to store up those dying flowers you just gave them. Sorry about it. 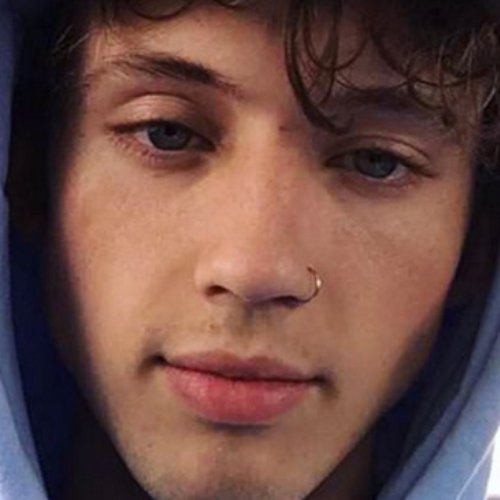