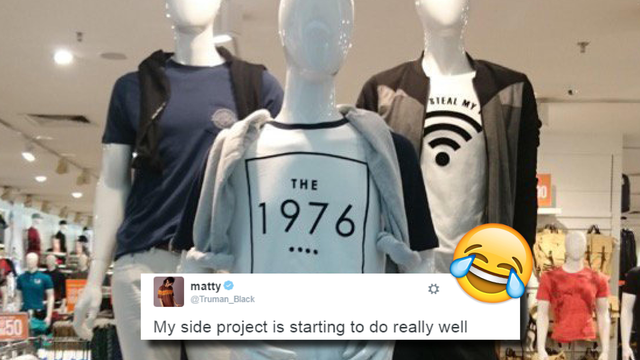 2016 is (thankfully) coming to an end. Despite the badness of it all, the faves always managed to come through in the clutch with some good tweets. Here are some amusing tweets by people who kept us laughing all year.

When Pete eerily described our ideal day to a t.

Having a crisis of carb conscience- really want to sit in bed naked all day and eat pasta instead of going to meetings.

Halsey roasting herself is me, honestly.

Then there was that time that even Melanie's mishaps were on brand.

my first crush just liked my pic on facebook but like satan could u try...leaving me alone

My side project is starting to do really well pic.twitter.com/j2QILpa0wM

When Mark Hoppus FINALLY told the truth no one wanted to hear.

The clown emoji is worse than when my parents got divorced.

But also some truths that we DIDN'T want to hear.

After much soul-searching and introspection, I have decided to pronounce gif with a j. Please respect my family's privacy at this time.

I don't know her.

Someone just asked me if I was Luke Hennings, sorry wrong guy

Should I use the @theweeknd lyric "baby I can make that pussy rain, often" in my vows? I feel like that's something everyone obviously knows

Niall Horan should be a political commentator.

Version of Alex Gaskarth who is also a superhero that protects dogs.

Distant sound of fireworks. I wonder how the dogs in this city feel. Scared. I reach for my mask and cape. Vengeance.

"Did I get it?" pic.twitter.com/ARvdGU3sjm