How Exactly *DID* Twenty One Pilots Meet?

Will we ever know the truth?

The narratives of superheroes are reliant on origins stories. We're constantly craving new and interesting ways in which our faves became, well, our faves (seriously though, just how many times can Spiderman have an origins story, right?).

On the subject of superheroes, aren't they really just people you look up to and help you in times of need? Couldn't our superheroes be a smol bean and the king of puns? Couldn't they be twenty one pilots? Yes they could.

We're often told at PopBuzz that we're so far into the skeleton clique that we should rebrand as TØPBUZZ. We just love Josh and Tyler.

But one thing has been getting us down: how exactly did twenty one pilots meet?

According to this video, Tyler and Josh met on a train that crashed and everyone died except from them. They then re-tell the prison story, but this time Josh is a prison guard and Tyler an inmate who's in prison because of loitering.

We love the idea that Josh and Tyler met on Tinder (as, we're sure, do the shippers amongst you).

Now here, Josh and Tyler discuss how they actually met after Tyler sold a matchbox car to Josh on Ebay. We're less inclined to believe this one as Tyler says that in fact he threw the matchbox toy away once he realised that Josh wanted to be in a band.

THIS IS TOO CUTE.

In fact, one user on YouTube has compiled all the videos together in two neat little videos.

Despite watching all of these videos, we're still no closer to discovering the truth behind how Tyler Joseph and Josh Dun became twenty one pilots.

How do you think they met? Let us know in the comments pls. 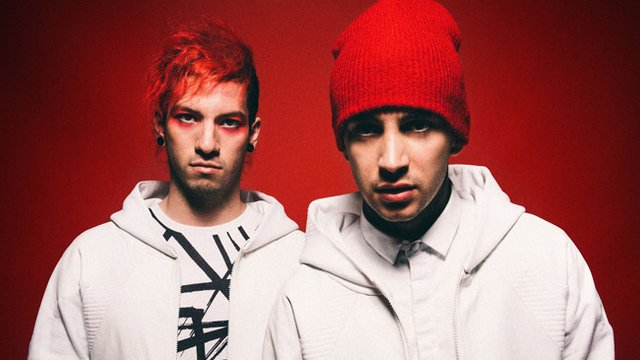 QUIZ: Are You Blurry Face?