WATCH: This Is The Most Awkward Twenty One Pilots Interview Ever 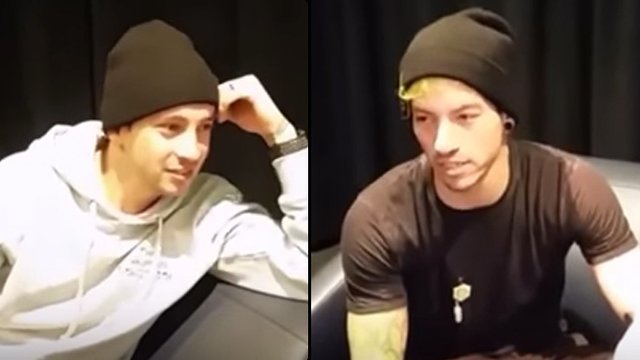 Fans are outraged after this very cringey exchange recorded backstage at the Emotional Roadshow.

Twenty One Pilots had an awkward run-in with some local radio DJs backstage in the USA recently, in what many fans are now calling their "worst interview ever".

Coup De Main reports that the chat, which took place before the New Orleans date of the Emotional Roadshow, includes cringeworthy questions like "What's a Blurryface?" and "How old were you when your mom stopped singing you to sleep?", all met with bemused expressions by a very uncomfortable Tyler and Josh.

And the fans on YouTube clearly weren't big fans either: 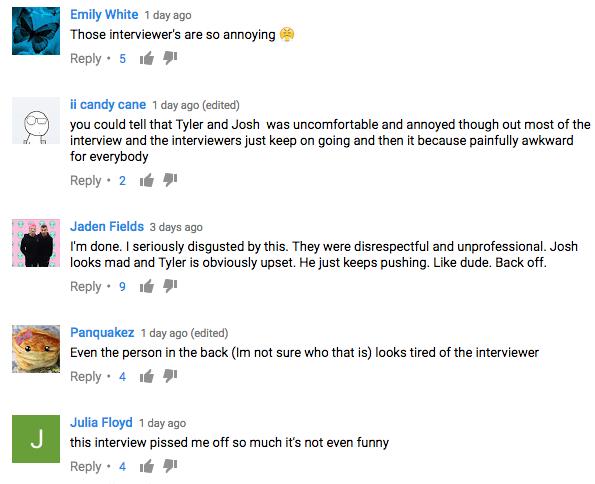 Looks like the interviewers didn't even like their own work too as they've now removed it from their official YouTube channel. But, if you fancy a cringe, a fan account has helpfully posted the entire awkward exchange.

Check out TOP's most awkward interview yet in the clip below: