WATCH: These TØP Fans Got Engaged Mid-Concert And It Will Rip A Tear In Your Heart 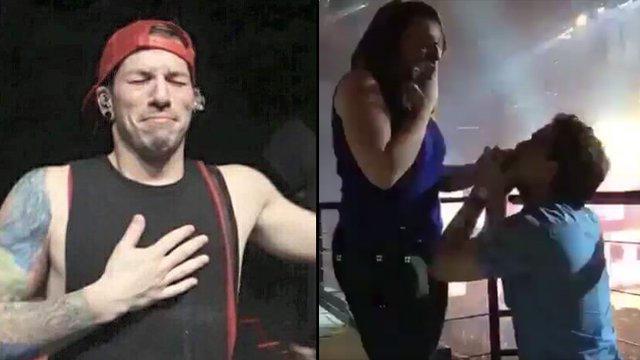 Two clique members got engaged right in the middle of a recent Emotional Roadshow gig.

A pair of Twenty One Pilots fans shared a very special moment during a recent date on the Emotional Roadshow, getting engaged in the middle of the show.

The romantic moment took place in Charlseton where a male member of the clique popped the question to his partner up on the balcony while 'Tear In My Heart' appropriately played in the background.

Video of the moment has since been shared around on social media.

Hey, maybe Tyler and Josh themselves will even get a glimpse?

Twenty One Pilots continue touring across the US with several festival dates also lined up for late summer.

Watch the TØP fans get engaged in the clip below:

Someone proposed during Tear In My Heart at #CharlestonRoadshow tonight (via therelationshiprealists on Instagram) pic.twitter.com/EjVnaHfwH8