GRAMMYS 2017: TØP Just Accepted Their First Ever Grammy... In Their Underwear 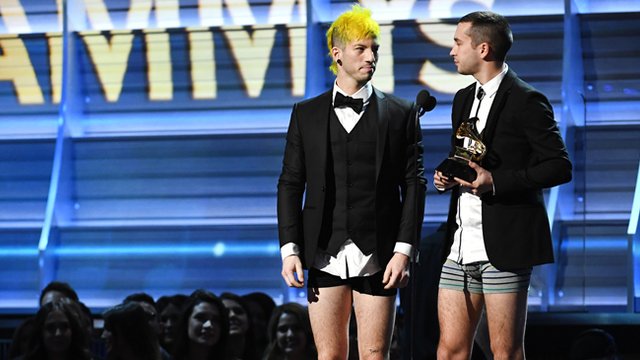 Twenty One Pilots have just won their first award of the night for Best Pop Duo/Group Performance and we would be crying if it wasn't for the fact that they decided to collect the awards in their underwear!

Josh and Tyler were up against some strong competition with Halsey/Chainsmokers and Rihanna/Drake also nominated but they managed to clinch the prize for 'Stressed Out'. But instead of collecting the award in the normal way, y'know, with your trousers on, the boys had a better idea.

We 100% approve of this. Watch the speech below.

Congrats TØP! Please collect all other award like this from now on. Thanks.