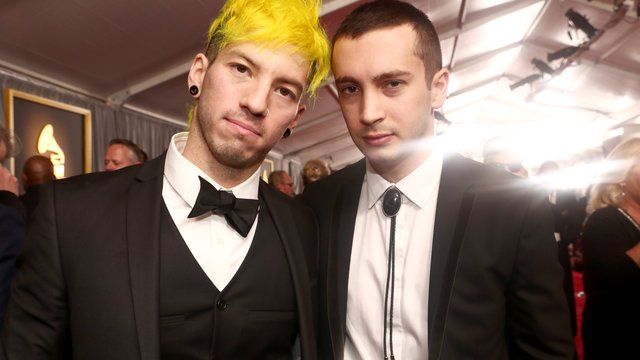 YouTuber John Fassold is back at it again with his latest musical instruction video, this time focused on Tyler and Josh.

Have you ever wondered how Tyler and Josh manage to write all these amazing songs? Just what exactly goes on inside that studio?

Well, now we (sort of) know thanks to YouTuber John Fassold who has just uploaded the latest in his 'How Every Song Is Written' video series, this time focusing on the work of Twenty One Pilots.

So, how can you put together your very own version of Blurryface? Turns out you just need a keyboard, a handful of chords and access to your iTunes agreement contract for reading.

John has previously explored the work of everyone from Melanie Martinez to The Chainsmokers, gaining a large online following for his hilarious musical explorations of all your fave acts.

Check out 'How EVERY Twenty One Pilots Song Is Written' in the video below: