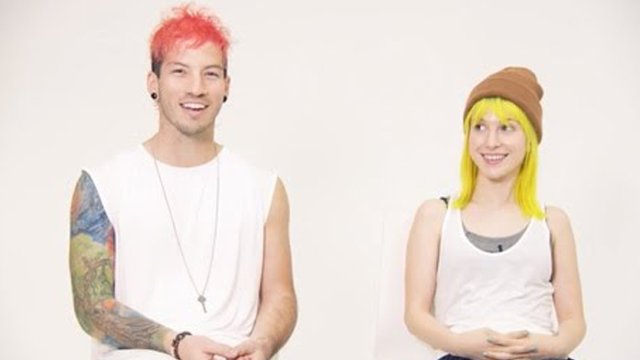 Josh is a longtime fan of the dye company, having previously rocked several of their distinctive looks, from the neon yellow of 'Steal My Sunshine', to the bright pink of 'Ex-Girlfriend'.

Dun said he feels "honored, especially coming from Hayley believing in her vision, and how hard she works too."

Congrats all round basically.

The Paramore frontwoman established the hair dye company back in 2016 and has since revealed several new lines of colours and merch options, even selling items at the Warped Tour in Nashville last summer.

Check out the full announcement video message with Josh Dun below: