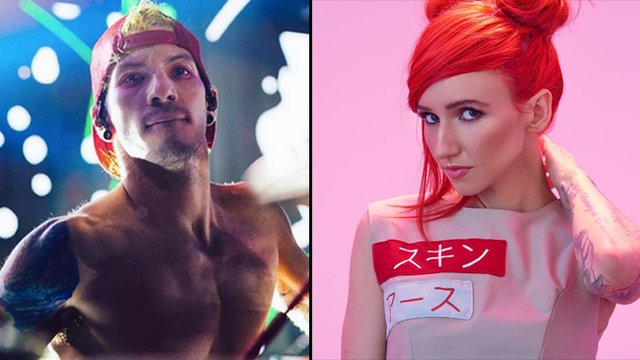 The Twenty One Pilots frontman plays drums on the latest single from the singer as she prepares her new album 'Skin & Earth' due this September.

Josh Dun is helping to fill the time while we wait for a new Twenty One Pilots album by popping up to collab with Lights.

The track, entitled 'Savage', is taken from her new album Skin & Earth which drops on September 22nd. The singer has been developing the album alongside a comic book series that ties into its themes:

"I feel my whole life has lead up to a project like this. It's a complete convergence of everything I love—music, comics, post-apocalyptic romance, crystals, wine and powerful ladies, all perfectly entwined. It'll be by far my most care-free and fierce album yet. I think now, more than ever, people need a reason to listen to a whole record, and this is mine."

Dun meanwhile is hard at work with Tyler on the early stages of the next TØP record, having wrapped up the final dates of the Blurryface-era with a series of hometown shows dubbed the Tour De Columbus earlier this year.

Listen to the new single from Lights (featuring Josh Dun) via Spotify in the link below: