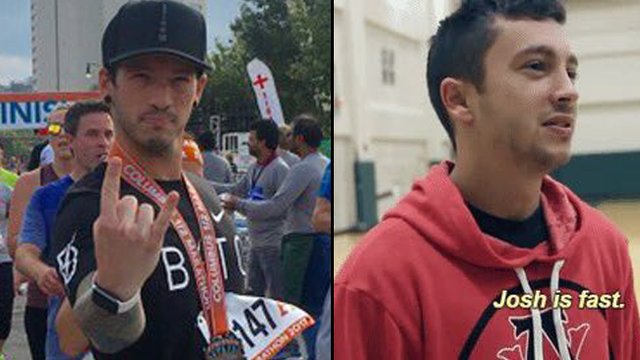 The Twenty One Pilots drummer finished in a pretty decent time at the event in his hometown of Columbus.

Twenty One Pilots drummer Josh Dun was certainly on 'The Run And Go' (sorry) this weekend as he completed the annual Half Marathon in his hometown of Columbus, Ohio.

The marathon's official Twitter account posted a photo of Josh on Sunday (October 15th) modelling his finishing medal (and that now infamous hat of his) after completing the 13.1 mile course. 18,000 people took part in the event through Columbus city centre.

According to WTHR, Josh completed the marathon in a very respectable time of 1 hour, 44 minutes, and 46 seconds.

His brother, Jordan Dun, captured his cross over the finish line in a video post on Instagram:

Fans in the clique were quick to congratulate the drummer on his latest athletic pursuit:

he is a fitness king

Josh has become quite the marathon runner in the last year or so having previously taken part in a similar event back in May.

Nice job Josh. Now, how about you and Tyler do next year's event as a three-legged team? You know it makes sense!