Josh Dun's Sister Ashley Launches Project Which Deals With Anxiety, Depression, And Everything In Between 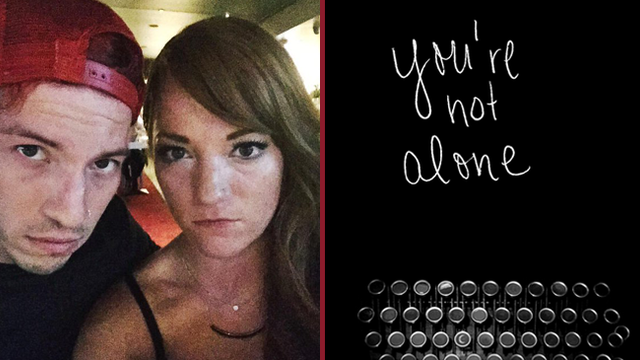 If you're a big time fan of the Dun family (and we know you are) you'll know that Josh isn't the only talented member of the fam.

Josh's sister Ashley Dun has long-time been chronicling her journey on her blog to (in her own words) 'create a safe place for people who, like me, think and feel sometimes more than they can handle. I want a place where we can come to feel less alone in life.' She does this through a series of moving and self-reflective written posts and poetry, tackling issue close to a lot of people's hearts such as creativity, depression, and anxiety.

And now as an extension of this, with collaborator and long time friend Jesse Cale, Ashley just launched the 'Secret Midnight Press' project, which centres around the idea of encouraging the audience to use creativity to address their demons and 'nurture the sparks of the heart'.

Thank you for being here at the beginning of the story

Chapters ahead,
Together
Unread https://t.co/6IyN9w7zpa

While there's not a lot of information about the project, fans have already been reacting positively to Ashley and Jesse's words, and requesting them to tour the books that were released as part of the project.

we're trending! we want to meet you on our book tour. demand us in your city here: https://t.co/7QurtzyNwn #secretmidnightpress pic.twitter.com/OKHJbRtw7Y

We can't wait to see where this project develops, as in their words this is only 'the beginning of the story'. Keep spreading that positivity Ashley and Jesse!