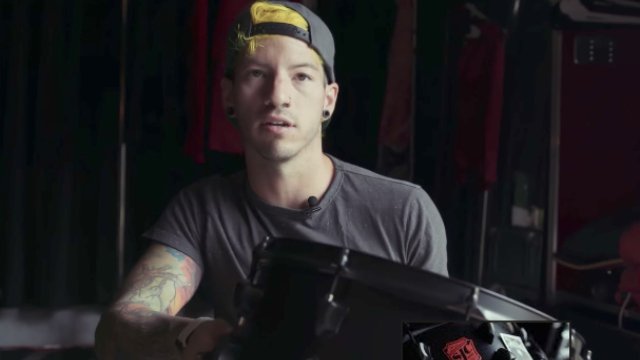 The Twenty One Pilots drummer has developed a special 'Crowd Snare' that will be perfect for crowdsurfing with.

Ever wanted to be able to beat the skins just like Josh Dun? Well, now you can get one step closer as the Twenty One Pilots drummer is releasing his brand new line of snare drums.

Created in collaboration with SJC Drums, the 'Crowd Snare' will be available at the very reasonable price of $249.99 (you can do it for $22 a month too if you like).

SJC Drums explained the thinking behind the collab:

"We worked closely with Josh to develop the perfect snare that truly represents his sound and style as an SJC artist. From the shell to the badge, the Crowd Snare has been crafted to fully capture Josh’s unique personality and deliver it at an unbeatable price. It’s your turn to take the stage and command the crowd."

Sounds good to us.

You can preorder the drum here and check out a video of Josh unboxing it below: