Uh-oh! Panic And TØP Are Up For The Same Award - But Who Gets Your Vote? 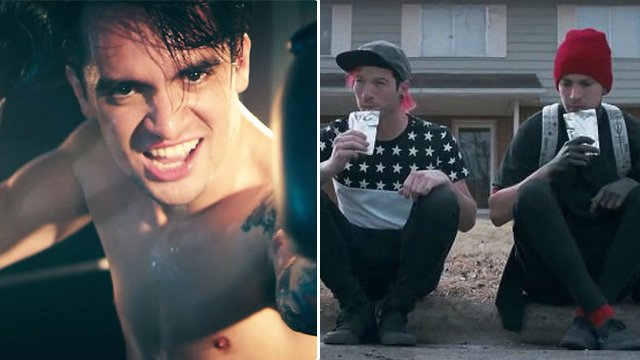 Nominees for the 2017 People's Choice Awards have been unveiled and some of the choices on offer are proving particularly impossible!

In the music categories, Favourite Group sees Panic! At The Disco battle their friends and labelmates Twenty One Pilots alongside Coldplay, Fifth Harmony and The Chainsmokers.

Yes, you read that right - you are going to have to choose between Panic! and TØP. Only one band can win.

Other notable PopBuzz faves up for awards include Alessia Cara for Breakthrough Artist against DNCE and Zayn, Ariana Grande is against Adele and Sia for Favourite Pop Artist and Drake, Rihanna and Beyoncé will all compete for Favourite R&B Artist. Plus Bob's Burgers, Stranger Things, Orphan Black, Teen Wolf, Supernatural, Grey's Anatomy and American Horror Story are all nominated in various TV categories

Voting is open now and will close on December 15th. Then catch the awards themselves on January 18th 2017.

So, who will you be voting for? Panic! or TØP? Let us know below.