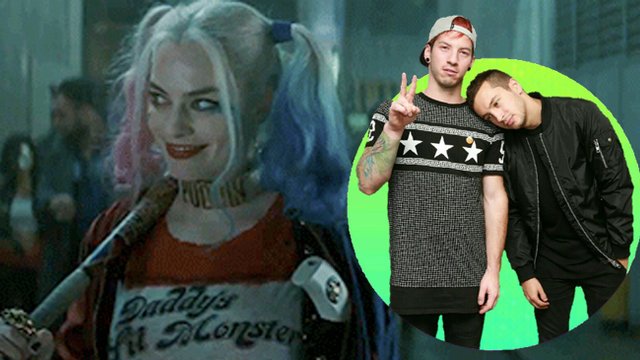 Suicide Squad unveiled a final trailer at this year's Comic Con in San Diego, featuring all the choice cuts from the incredible soundtrack album.

Twenty One Pilots, Skrillex And Rick Ross and Lil Wayne with Wiz Khalifa all feature in the clip, showcasing new footage from the upcoming supervillain epic, hitting UK cinemas this August.

The soundtrack album also features the likes of Panic! At The Disco, Grimes, Kehlani and classics from Eminem and Creedence Clearwater Revival.

There’s A "Suicide Squad" Hair Dye Collection And We Needed It Like, Yesterday

Which Singer Did Suicide Squad's Harley Quinn Inspire To Write Their Biggest Hit?