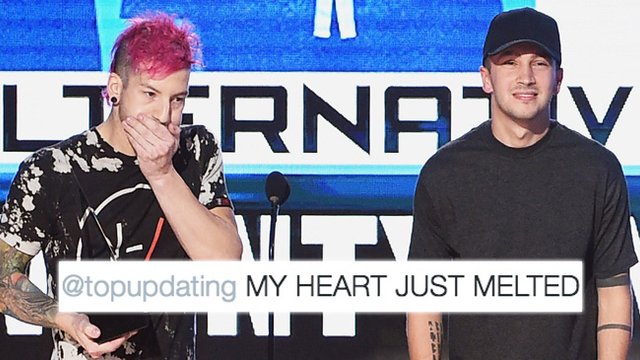 Tyler and Josh have left an extra surprise for their clique frens inside this vinyl set...

If you bought the new Twenty One Pilots live album, there is a special suprise waiting inside for you...

So pretty, much want.

But it gets even better as the always reliable TOP Updates account has found a secret feature Tyler and Josh have built into the packaging.

The opening audio of the blurryface live vinyl via @cerebraIthundr pic.twitter.com/uOxRdxfBr2

Yep, when you first open up your brand new album, you'll be greeted with the sound of an on-stage speech from none other than Tyler himself.

So now, whenever you are feeling down, you can just flip that piece of cardboard to one side and hear a whole crowd of clique members cheer you on.

Lots more photos of the set have also landed on Twitter - check some of those out below.