WATCH: This TØP Fan's Drum Cover Was So Good He GOT TO MEET THE BAND! 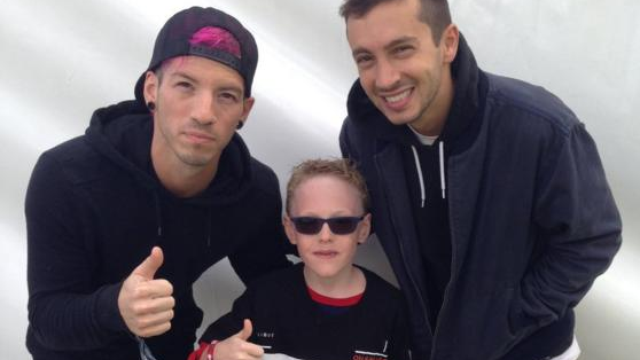 Jaxon's cover of "Heavydirtysoul" resulted in a special day with Tyler and Josh.

Twenty One Pilots met with a very special fan while on their US tour recently - 11 year old drummer Jaxon.

You might remember Jaxon for his ace drum cover of "Heavydirtysoul"  in full skeleton costume with some lovely TØP fan art thrown in for good measure.

And we thought just doing the rap was hard...

The cover eventually caught the attention of the one and only Josh Dun who invited Jaxon and his entire family to come hang out with the band backstage at X Fest.

That outfit is on point TBH.

Jaxon's drumming videos have amassed millions of views and subscribers and he has previously played with the likes of Foo Fighters' Taylor Hawkins.

Keep up the good work Jaxon!