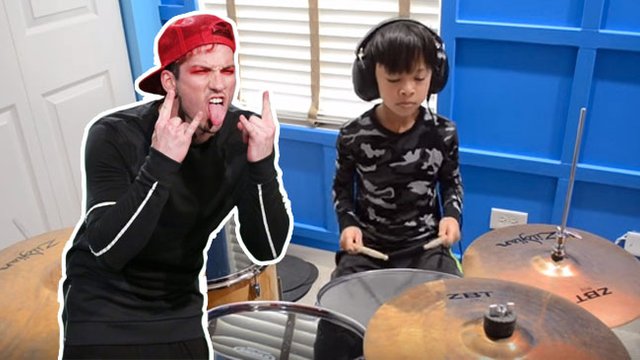 His cover of "Stressed Out" is very impressive.

It's a sad day for all the dedicated Josh Dun Huns out there - our leader has announced his immediate departure from Twenty One Pilots.

Josh made his decision known in a tweet published earlier today:

I’ve just kicked myself out of twenty one pilots. dexter is in now. https://t.co/SFK2rG9aAd

There you have it - he kicked himself out of the band!

And it would appear that he has already selected a replacement - 8 year old Dexter!

He's certainly got some skills. Josh just couldn't compete with that stick flip!

And at least he has been humble about his new found employment.

Watch his full cover of "Stressed Out" below.

Nice job Dexter - look forward to seeing you on tour with Tyler soon.