GRAMMYS 2017: Twenty One Pilots Just Lost Their First Grammy Of The Night... 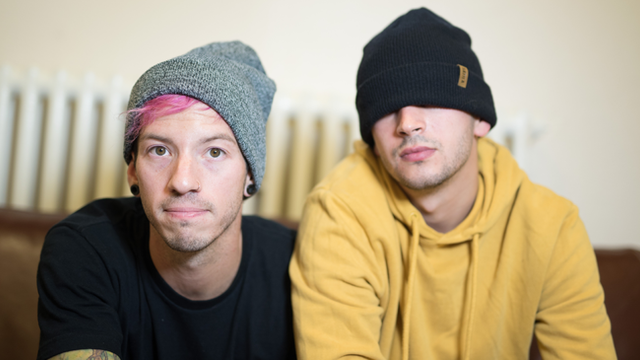 It's time, everyone! Grammy's night is upon us. And our bodies are ready for some show stopping performances, historic wins and outrageous red carpet moments.

Anyway, the awards are underway. Trophies are being given out before the ceremony is televised and in the first cruel plot twist of the night, TØP just lost their first nomination of the night to Justin Timberlake and Max Martin for 'Can't Stop The Feeling' from Trolls.

Tyler Joseph was nominated for 'Heathens' from the Suicide Squad soundtrack in the 'Best Song Written For Visual Media' against Timberlake, Sia, Pink, Skrillex and Rick Ross and Peter Gabriel.

But have no fear, because the boys are nominated for another FOUR Grammys, including Record of the Year, Best Pop Duo/Group, Best Rock Performance and Best Rock Song.