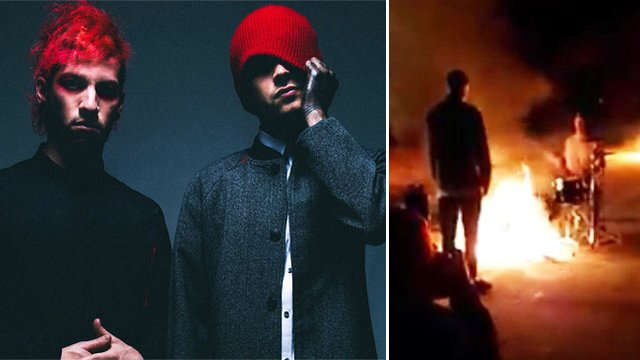 New footage has emerged of Tyler and Josh mid-shoot on the set of the secret music video.

Some sneaky behind the scenes footage of Twenty One Pilots' latest music video has leaked online and it is LIT! No, seriously, everything is on fire...

Soon, fans were uncovering all sorts of stories and photos about the secret shoot and now we can get our first look at what to expect.

Hopefully all will be revealed shortly with the video expected to drop sometime within the next week or so as the boys prepare to continue their Emotional Roadshow tour.

Check out the Behind The Scenes clips in the video below: