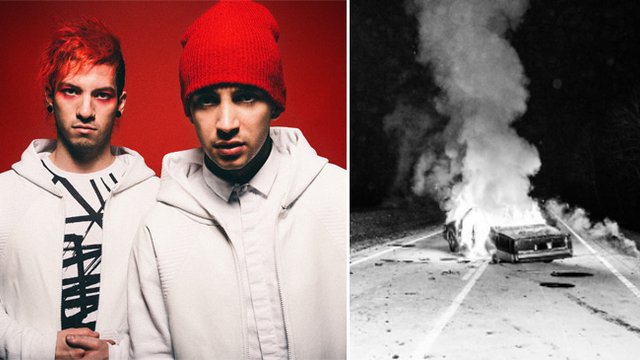 Tyler and Josh are teasing us all again with a cryptic image posted on social media...

Twenty One Pilots are teasing us all once again, posting a cryptic image on Instagram that has sent the clique into full meltdown!

The image, shared in the early hours of this morning (January 16th), shows a black and white photo of a car on fire with the caption 'mistermistyeyed', leading many people to believe that a music video for Blurryface opener 'HeavyDirtySoul' is imminent.

Interesting. Getting a serious Radiohead 'Karma Police' vibe right there. With a touch of Jason Bourne/Daniel Craig-era Bond thrown in for good measure.

And, while there is a small chance that Tyler and Josh may have just gone for a test drive and things got so out of hand they had to document it, a new music video seems most likely as 'Heathens' director Andrew Donoho also posted a similar image that has since been mysteriously removed... 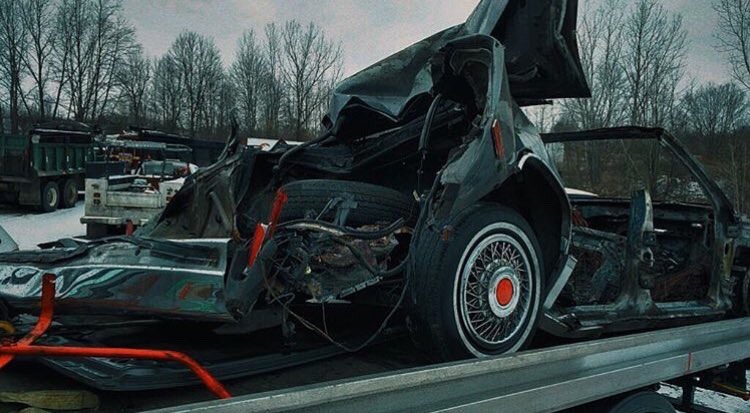 Red and black because even their messed up car has aesthetic goals.

Plus, a fan posted this text convo, seemingly giving away a few more details to look out for: Safe to say, the fans have lost all chill at the prospect of a new TØP video:

I'll be so happy if we get a music video for heavy dirty soul, that song is so under appreciated

But one question remains - will this be a clip for the original cut or the new Mute Math take? Only time will tell...

Are you ready for a new video from Twenty One Pilots? Let us know your ideas below.