Twenty One Pilots FINALLY Reveal How Tall They Really Are 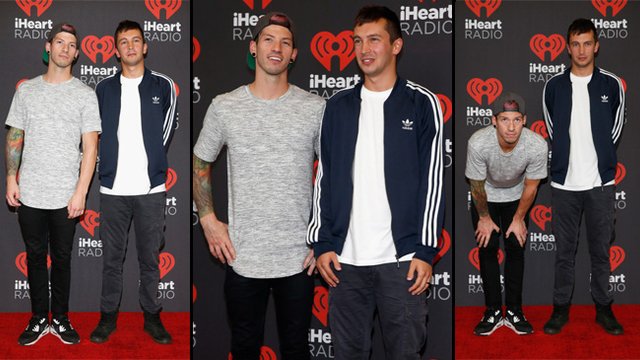 After endless speculation, we at long last know the real heights of Josh and Tyler.

We know the question that has been plaguing your soul, waking you up late at night in a cold sweat: HOW TALL IS JOSH DUN?!
After months, no,  years of speculation, Tyler Joseph has finally revealed the true height of his Twenty One Pilots' bandmate Josh Dun. And it may just surprise you...

The band's real heights have long been a subject of contention among the skeleton clique as both Tyler and Josh refused to confirm their exact measurements, constantly changing their story as fans debated and gathered photo evidence to analyse from a distance.

So there you go... What's that? You don't believe him? Well, the boys also made sure they provided this piece of concrete evidence:

And, as for Tyler, one fan managed to analyse the photo and come up with this completely accurate analysis.

So there - no more arguing, it has been settled at last. Finally the fans will rest easy, safe in the knowledge that the information they have long craved has, at last, been provided.

@tylerrjoseph what do i do with this information

@tylerrjoseph OH MY GOD NO TYLER COME ON

Yep, that's definitely the last we will ever hear of that. Or not.

Whenever I need a social media engagement boost. pic.twitter.com/fR4bnpRNwK

Even Josh's Mum and friend Jesse Cale are getting in on the action.