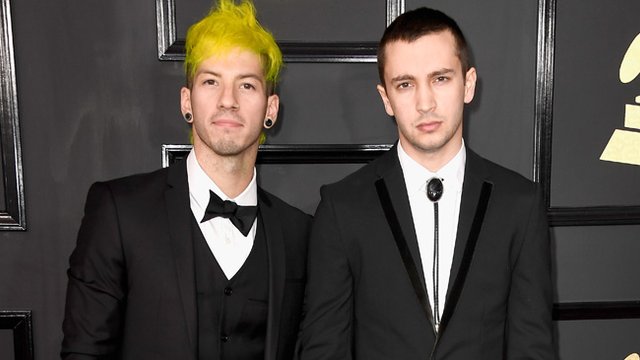 A brand new interview with former drummer Chris Salih revealed some interesting details about the earliest days of the band.

Twenty One Pilots could have been a very different band as fans have now discovered what the original names of the group were back in their pre-fame days and they were...interesting.

The latest episode of fan podcast The Twenty One Pilots Podcast features an in-depth interview by host Christopher Robinson with the group's original drummer Chris Salih, who left the band amicably in 2011 just prior to the release of Regional At Best, and he revealed some of the other potential choices the boys were playing with in their early days in Columbus:

"We were on a couple of things. We were almost Bicycle Thief, which I think that there's a band already called Bicycle Thief so that may have been the first thing we didn't do. We were almost Chill Coat. Actually, the attorney that I use for my business now is Chill Coat Law. It's funny 'cos Tyler knew of his name and thought it was cool so we were kinda going back and forth on that."

Bicycle Thief and Chill Coat? Not a bad ring to them tbh.

In fact, the boys got so desperate in their search for a name that they were looking through newspapers and even using the code words you have to put in on Ticketmaster for inspiration. Thankfully, they finally settled on the All My Sons reference we know and love today.

Check out the full interview with Chris on the Twenty One Pilots Podcast by clicking the link below: