Twenty One Pilots, Troye Sivan AND Halsey Just Made Forbes’ 30 Under 30 List 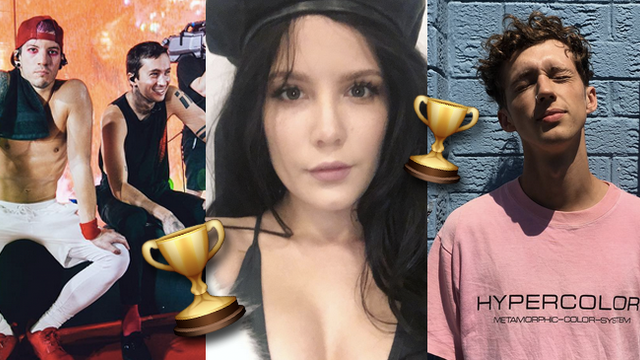 Forbes have released their annual '30 under 30' list for 2016 - a list that gathers and honours the "brightest young entrepreneurs, break out talents and change agents" from around the world.

In the 'celebrity' category, chosen for using their fame to make a difference - and a fortune - there were some names you may well recognise...

"Hailing from Columbus, Ohio, the duo comprised of singer Joseph and drummer Dun broke through with 'Blurryface' in 2015. The album included multiplatinum singles 'Heathens' and 'Stressed Out', which is up for a Record Of The Year Grammy - one of five nominations for the group."

"Born Ashley Frangipane in New Jersey, the singer renamed herself after a Brooklyn subway stop, and her moody electropop debut chugged to No. 2 on the charts thanks to 'Ghost' and 'New Americana.' In April she was playing 400-capacity venues; by November she's sold out Madison Square Garden.

Other artists and notable people who made the list of 600 people include: Alessia Cara, Olympic legend Simone Biles, viral MUA sensation James Charles, Margot Robbie, Drew from The Chainsmokers and Tyler Oakley.

Three cheers for the Millennials!

How to get TikTok Stories: TikTok is secretly testing new feature