Plus "Message Man" and "Can't Help Falling In Love" make the setlist.

During "Kitchen Sink", Tyler's brother Zack appeared from the wings to run through his rap section, much to the delight of the entire clique.

Here he is popping up on the big screen:

And here is a little bit closer up and in the flesh:

The boys mixed the set around slightly for NYC's second night, dropping in a version of rarely played "Message Man" and even a snippet of their classic cover of "Can't Help Falling In Love".

The boys return to the UK later this month to play Reading And Leeds festivals.

WATCH: Tyler’s Speech To Fans At TØP's MSG Show Might Make You Emotional 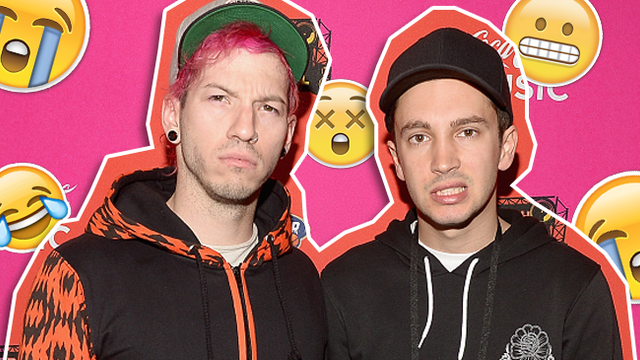 16 Twenty One Pilots Reaction GIFs For Any And Every Situation