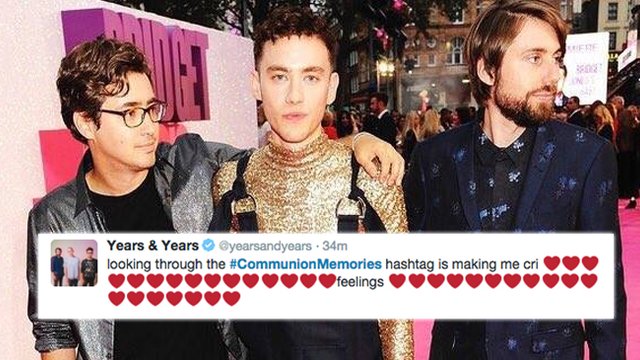 The band trended on Twitter as they debuted their new single live at Bestival.

They debuted the track during a performance at Bestival this past weekend which you can watch below:

What a chorus though! Who doesn't love a '90s house piano?

Meanwhile, Twitter exploded with fans celebrating the band's first album, creating the trending topic #CommunionMemories, mixing together the funniest, sweetest and most downright awesome stories from the last couple of years as Olly and the boys rose to arena-level stardom.

Here's a few of our faves that fans have been sharing:

1) When the boys got security moving to "King"

At parklife when even the security guard was BOPPING #CommunionMemories pic.twitter.com/19M7YpYKq5

Come on, she's only human!

2) When these fans got up close and personal.

#CommunionMemories when olly signed my pride flag and mikey was being critical af over the rainbow olly drew on it pic.twitter.com/NfwzxQ9Ks3

#communionmemories listening to communion every day before going to sleep pic.twitter.com/mQDkLQ7dN3

So THAT'S why we are always so tired...

5) When their drummer Dylan got involved.

#CommunionMemories Drumming A Lot And Taking Care Of My Drunk Bandmates Every Damn Night.

Apparently Dylan is the party mom of the band.

#CommunionMemories having an excuse to cover my entire bod in glitter

It's our go-to look.

#CommunionMemories dylan giving us slices of his colin the caterpillar birthday cake in glasgow n eating it w emre pic.twitter.com/dFH9Sz7OeD

Colin the caterpillar is the sh*t.

9) Now this is how you get attention.

going up n sitting next 2 olly during eyes shut#CommunionMemories pic.twitter.com/yZsIAwX6zy

10) Attending the most raved up Bday party ever.

Bring me all of the balloons!

We remember it well.

Too many moments to choose from.

Congrats on Communion guys, can't wait to hear whatever is coming next...

Watch: Olly From Years & Years Helped His Friend To Propose On Stage And It Was Cute AF 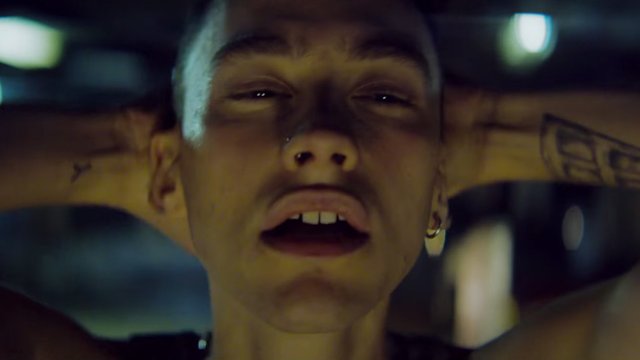