The 3 Most Important Facts From Zayn's Tell-All Interview

"Would you listen to One Direction, sat at a party with your girl? I wouldn’t."

Zayn’s tell-all has been a long time coming. Since quitting One Direction in March of this year, fans and spectators have done their best to try and piece together an explanation for his sudden departure.

Eight months later, Zayn has given his first in-depth interview post-split and he is surprisingly candid about the nature of his conscious uncoupling with the band. Fader sat down with Zayn to talk everything from One Direction and "Larry shippers" to his now infamous relationship with Perrie Edwards and we can't help but respect Zayn a little more after this. 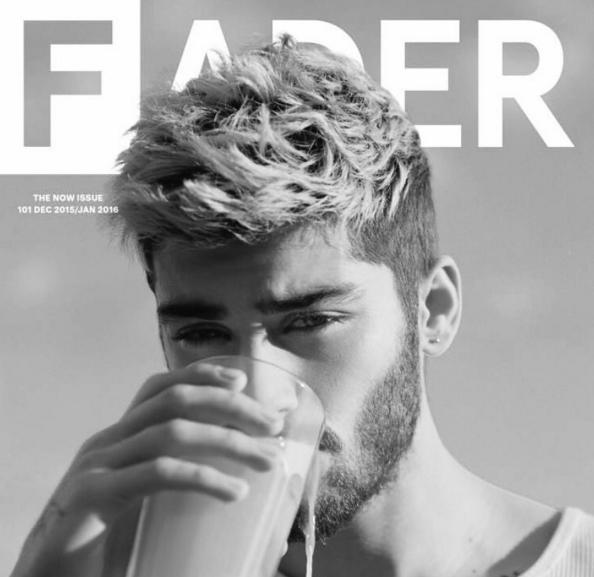 There’s no secret relationships going on with any of the band members. It's not funny, and it still continues to be quite hard for them. They won’t naturally go put their arm around each other because they’re conscious of this thing that’s going on, which is not even true.

After nearly five years in the band, Zayn talking about the "shipping" that goes on in the fandom is a pretty bold move. By definitively saying that "Larry" (the "ship" name for Liam and Harry) isn't real, Zayn is giving fans the chance to understand how their "passionate" insistence on the conspiracy theory directly affects the boys. Although he risks alienating fans over a pretty huge pillar of the fandom, Zayn doesn't seem bothered over the fact.

Zayn was never really "the mysterious one".

Zayn is finally admitting that the well crafted portrait of him as "the mysterious one" may not be as close to the truth as we previously thought. Zayn admits that there were plenty of situations that were manipulated in order to make him appear aloof.

There was a lot of situations that were almost created to make me be portrayed as the mysterious or quiet one. I guess that’s just something that people buy into, and it helps them sell things. It’s a product that’s already designed, and it sells.

Perhaps the most important revelation from the interview was Zayn completely revealing his creative frustration over the actual music he was making.

There was never any room for me to experiment creatively in the band.If I would sing a hook or a verse slightly R&B, or slightly myself, it would always be recorded 50 times until there was a straight version that was pop, generic as fuck, so they could use that version. Whenever I would suggest something, it was like it didn’t fit us.

I wasn’t 100 percent behind the music. It wasn’t me. It was music that was already given to us, and we were told this is what is going to sell to these people. As much as we were the biggest, most famous boy band in the world, it felt weird. We were told to be happy about something that we weren’t happy about.

As much as this is something most people could have guessed, Zayn's revelation that he hated the music he was making is a very important point to touch on. Most of us wouldn't stay in a job that we hated or that stunted us, creatively. The same, apparently, goes for Zayn.

Clearly, there was a type of music that Zayn saw himself making and, unfortunately, the music of One Direction just wasn't it. Airing his thoughts like this tells us two things about Zayn; one, that leaving One Direction was certainly the hardest decision he has ever had to make and, two, that the music he is making now will be closer to "the real Zayn".

It takes a lot of courage to quit something you know you hate, and even more courage to spill the tea on it. After eight long months of silence, Zayn's interview with the Fader just gave us a bunch of new reasons to respect him. You can read the full interview here.