Zayn Commented On Gigi's Racist Cookie Controversy And It Was...Bad 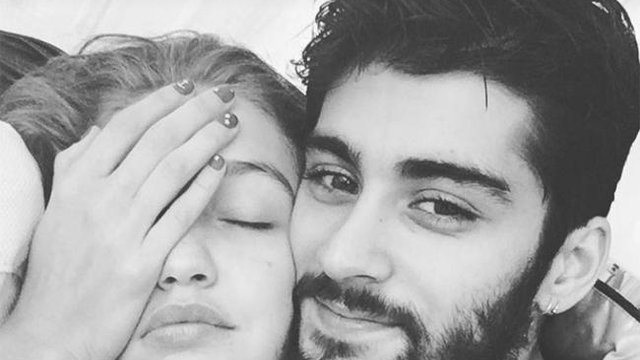 Gigi Hadid has landed herself in hot water after a "culturally insensitive video" of the model hit the internet on Sunday.

this is y'all woke palestine queen? Gigi out here mocking Asian people. i would say she's cancelled but she never started. rat @GiGiHadid pic.twitter.com/b6wj5k1sXE

In the video, Gigi can be seen making an "Asian" face to mimic a pastry Buddha. (Yes, you did just read the words "pastry Buddha")

While it does not appear Gigi was trying to be malicious, this type of cultural insensitivity is commonly referred to as yellowface. Yellowface has a long and sordid cultural history that we reeeeally wish Gigi had been aware of beforehand.

The only thing more cringey than deciding to make this face has to be Zayn's response to it.

@KristopherRod trust me.. she likes asians ;)

Okay, Zaddy. You got it.

Zayn is, of course, Pakistani British which makes him a member of the South Asian community.

While Zayn has the right to defend his girlfriend, people definitely feel some type of way about it.

fan: what do you think about gigi being racist to asians
zayn: 'gigi isn't racist bc she's dating an asian' pic.twitter.com/1H0DTS6d4H

zayn.... how u gonna defend gigi..... when she deadass thinks you're middle eastern.... and only found out you're asian last week....... pic.twitter.com/UEix5KK2Ju

zayn got asked bout gigi mocking asians and he turned it into some sexual innuendo but she deadass don't even know he asian ... a whole mess pic.twitter.com/6HHy7935oT

Look I really love zayn but he can't just make a big joke out of Asian discrimination and let Gigi's mistake slide, it's a real thing

Zayn was likely better off staying silent on the issue. Gigi made a mistake and a simple apology from her would have helped ease the situation. Zaddy stepping in with an innuendo doesn't address the fact that yellowface is real and offensive.