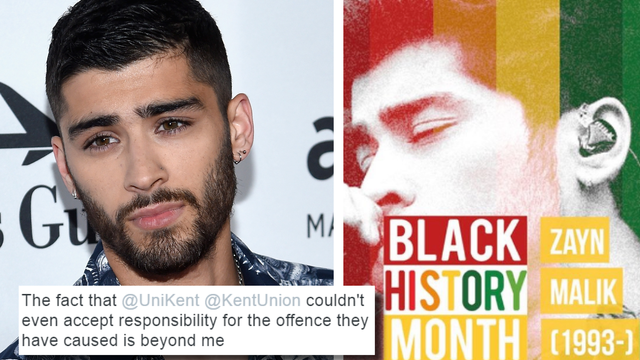 In case you weren't aware, it's currently Black History month in the UK. That means that, throughout the month of October, your chances of learning about the contributions of black ethnic minorities in the UK are largely increased--that is, unless you attend the University of Kent.

Students, alumni, and internet spectators are unhappy with how Uni Kent's student union has handled their black history month celebrations, mainly because of this:

I respect Sadiq Khan, and have nothing against him. But @KentUnion how he represent black history month? pic.twitter.com/V0Hd8wsDVj

Zayn Malik, formerly of One Direction is, of course, proudly Pakistani-British and famously not black.

When pressed for an explanation, the union clarified that they were using Black history month to celebrate a wide range of ethnicities and cultures.

Their web gallery on the decision further explains their train of thought.

Suffice to say, people are not happy about the way this has been handled.

Uni of Kent is always priding itself on being an "international uni" that is socially aware and yet they can't see what they've done wrong?!

After mounting pressure from those urging the union to explain itself, an apology was issued via their twitter account.

.@KentUnion What you're saying is you thought you could bag all non white ethnicities together like they're some sort of pick n' mix?

While the admission of guilt is a positive step in the right direction, we still have to address the elephant in the room. The reason mistakes like this happen.

When people of colour are excluded from crucial conversations about how best to celebrate voices from within their own community, we end up with bungled efforts like this. One only has to do the minimal amount of research to come up with a suitable list of people to celebrate for black history month.

Popbuzz reached out directly to the university's African-Caribbean Society who gave the following comment:

The University of Kent's African-Caribbean society had no involvement in the decision to use black history month to celebrate all ethnicities. Nor did we have a hand in the selection of Zayn Malik or Sadiq Khan as prominent figures in black history. [...] We have taken this opportunity to highlight and address many issues with our Student Union on the manner in which a lot of black students at Kent feel they are treated and the lack of concern they feel on campus. We have had a meeting with Kent Union on these matters and in response Kent Union have made a point to apologise, look into and rectify specific areas in which we feel are overlooked.

The University of Kent's African-Caribbean Society

Black history isn't all history. Black history is a collection of specific cultural experiences that deserve to be acknowledged and celebrated in their own right. Figures like Sadiq Khan and Zayn Malik also deserve to be celebrated, but decontextualising their heritage in this way is a disservice to everyone.

We have reached out to Kent Union for comment and will update if and when we hear back. 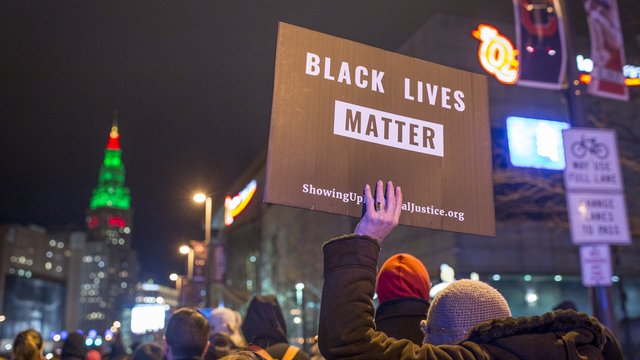