No one is perfect. Not even Zayn.

Zayn's solo career is probably the most exciting thing that will happen in music this year. He'll release sexy music videos, make unforgettable live appearances, have a few scandals, and give interviews he will live to regret. His career is in its infancy, and, like most infants, Zayn is prone to error.

The track, a remix from Chris Brown's latest, Royalty, is about as subtle as a flying brick. The lyrical content is nothing to write home about and, vocally, its range doesn't set the world on fire.

I feel pretty confident in saying that, hopping on "Back To Sleep" is Zayn's first solo career mistake.

First of all the collaboration barely makes any sense.

Sure, all three artists are signed to RCA (which likely fueled this perfect storm of a collaboration), but when does there ever need to be three male r&b singers on one track? Vocally, Chris Brown, Usher, and Zayn sound different but the trio have extremely similar range.

At around 3:37 all three begin to do simultaneous vocal runs and it might possibly be the most cacophonous sound ever produced.

Of course there is the lure of big names. Usher is one of the most prolific r&b stars of the last 15 years. Similarly, Chris Brown has made his own mark on the industry. But, most impressive, Zayn's part on "Back To Sleep" is the most nuanced and enjoyable of the three. This proves that the quality in the artistry of Zayn and Chris is miles apart.

The publicity that a track like this would earn was likely a huge motivator. But even the logic in that is flimsy. Zayn doesn't need Chris Brown fuelled press. He comes with a built in, carry over audience of 15-28 year old women of all demographics. Similarly, Chris Brown's audience are extremely "loyal" to the singer (pardon the pun) and a Zayn feature isn't likely to boost his visibility very much.

Overall, Zayn's debut album will definitely make huge waves. Let's just hope we can get to a place in our collective psyche where we can put this truly awful collaboration behind us. 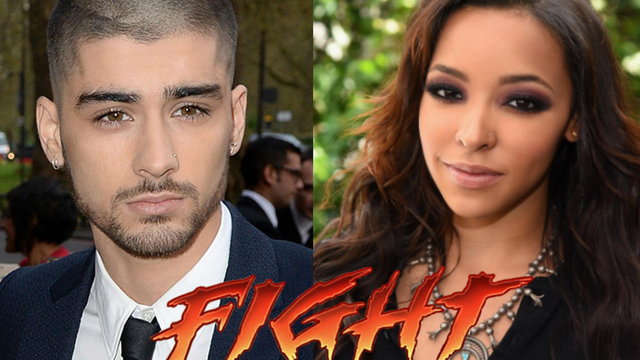