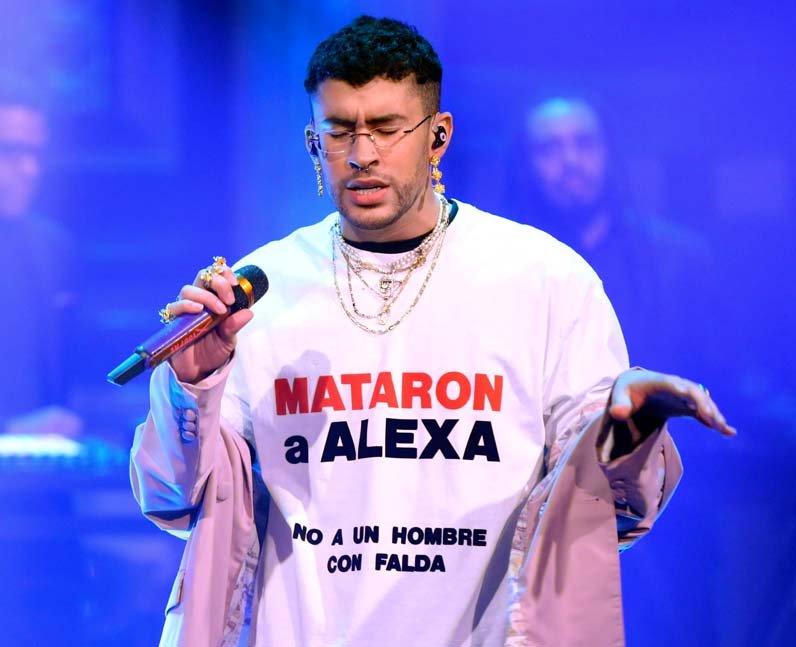 As well as using his platform to shutdown homophobia, Bad Bunny is a trans ally. During his performance of 'Ignorantes’ on Jimmy Fallon in February 2020, he wore a black skirt and a shirt which read “Mataron a Alexa, no a un hombre con flada.” This means: “They killed Alexa, not a man in a skirt.” Alexa Negrón Luciano was a Puerto Rican transgender woman, who was murdered shortly after photos of her being questioned by police for using a woman’s public bathroom circulated online. [Andrew Lipovsky/NBC/NBCU Photo Bank via Getty Images]