12 Stories Behind The Origins Of Your Fave Band Names 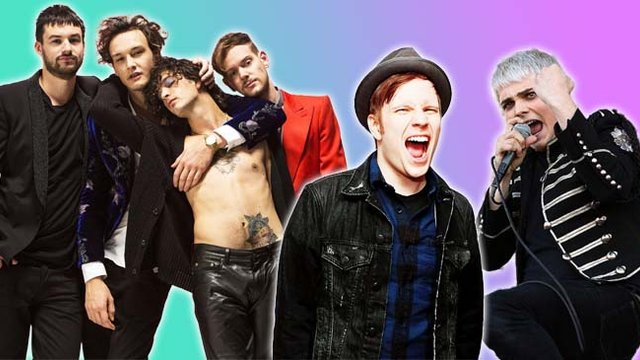 From Green Day to Bastille and The 1975, here's the stories behind how your favourite bands got their names.

Ever wondered how your favourite bands got their names? What's the story behind the group title? We did some investigating and found out some of the tales of how the names of our faves came to fruition.

According to Matty Healy, the name came out of some writing he found in an old book while on holiday in Majorca.

I found a mental page of scribblings. It was SO mad I couldn’t figure out whether it was suicidal or totally life affirming. What stuck with me was that the page was dated, “1st June. The 1975”.

FOB are, of course, named after the character of the same name from The Simpsons. Radioactive man's sidekick was apparently suggested to the boys at an early show in Chicago by an audience member.

Although many believe that the name came from The Smiths' song "Panic" with its chorus of "burn down the disco", Brendon Urie has since stated that the name was actually taken from the lyrics to a Name Taken song: "Panic at the disco/Sat back and took it so slow/Are you nervous?/Are you shaking?". So there you go.

Tyler named the group after a reference to the Arthur Miller play "All My Sons" in which the protagonist kills 21 pilots during World War 2 after purposely selling faulty plane parts. Slightly bleak choice but, hey, the boys still have their bouncy ukulele moments on record to balance it out.

After being forced to change their original name of LYLAS during their time on The X Factor due to copyright issues, the name Fifth Harmony was chosen as the result of a public vote while the girls participated in the live heats.

Californian slang dictates that a Green Day is a day spent hanging around smoking weed. Listen to any of the waster anthems on the trio's first two albums and it's not hard to see why the moniker stuck.

According to legend, Michael Clifford rang the boys up and announced he had picked the name for them. Next thing they know, they are on tour with One Direction and the name has stuck. Sometimes it just happens that way kids!

Paramore was the maiden name of the mother of one of the original bassists in the band's early days. Given the appropriately loved up meaning of the word "paramour", the band kept the name but with the less common spelling in order to stand out.

Frontman Dan Smith's birthday is on the 14th of July aka the French celebration of Bastille day. And thus a band name was born.

The pop punk band took the name from one of their favourite pop punk songs by pop punk legends New Found Glory, namely their pop punk classic "Head On Collision": "And it feels like I'm at an all time low". Very pop punk.

Also based on a song title by their musical heroes, the "Shut Up And Dance" group took their name from The Police song "Walking On The Moon".

Any other origin stories you want to add? Let us know below. 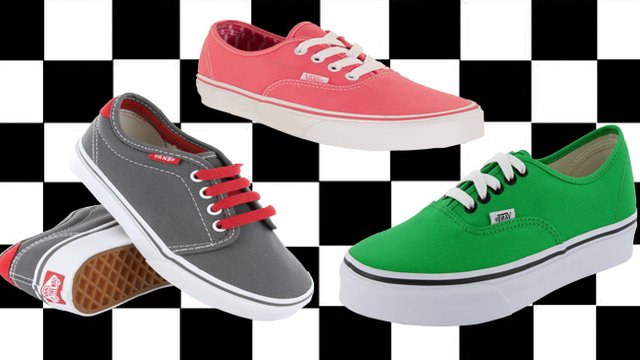 12 Things Only People Obsessed With Vans Will Understand