Bring Me The Horizon's Sixth Album: Title, Tracklist, Release Date, Rumours & Everything We Know So Far 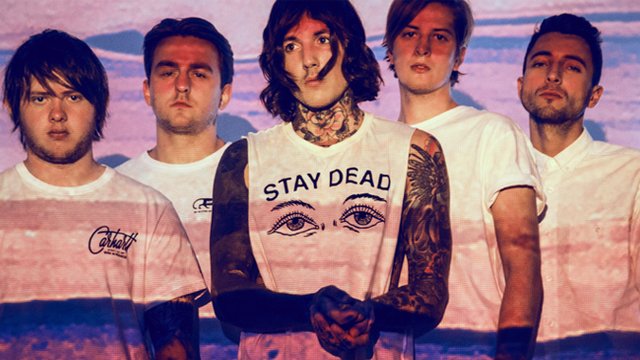 As Oli, Matt, Matt, Lee and Jordan work hard in the studio, let's round up all the details we have so far on the next album from the boys, due at some point in 2018.

The Sheffield-based noise makers Bring Me The Horizon are hard at work on their upcoming sixth album, due for release later this year. The band's last studio release was 2015's That's The Spirit, their most commercially successful album to date, before they also dropped the compilation album 2004-2013 in late 2017.

So, what do we know so far about BMTH6? Let's round up the info we have so far.

We'll update this post throughout the year as more info becomes available.

When is the release date of the new Bring Me The Horizon album?

Definitely at some point this year and, given that they haven't announced any summer festival dates, we would imagine it will drop towards the latter end of 2018.

What is the title of the new Bring Me The Horizon album?

What will the new Bring Me The Horizon album sound like?

Now, here's where it starts to get interesting...

Keyboardist and songwriter Jordan Fish appeared on Radio 1 early in 2017 to give a general overview:

"There are a few things I know it won't be. It's not going to be a pop record. I don't think we’d ever do a straight, boring pop record. It’s not going to be a super, super heavy record either … We'll probably take bits from what we did on Sempiternal, bits from what we did on That's The Spirit and take it off in a different direction. As long as it's interesting and exciting, that's all I really care about."

Prior to this, Oli Sykes told NME ahead of their legendary 2016 live album recorded at the Albert Hall that he was looking to make a "weirder", "darker dance-y" record, bridging the gap between their traditionally heavier sound and the likes of Massive Attack and Prodigy.

Given that Oli has also been recently spotted in the studio with Post Malone, we reckon a varied and eclectic vibe might well be in order.

Also, in a new chat with Kerrang, Oli has said the new music has been partly inspired by Twenty One Pilots:

"We like the idea of breaking into the mainstream. We’re not ashamed of that; we don’t see it as selling out. We see it as a great challenge, to make music that can be adored by more people but still retain who we are. That is the goal...[They’re] popular and accessible, but without compromising their integrity or who they are. That's a real challenge now."

A full tour will probably get announced towards the end of the year, likely kicking off properly in 2019. However, we wouldn't rule out a few early surprises, perhaps on the final Warped Tour in the states or at Reading & Leeds Fest.

Check back soon for all the latest updates on the new album from Bring Me The Horizon.