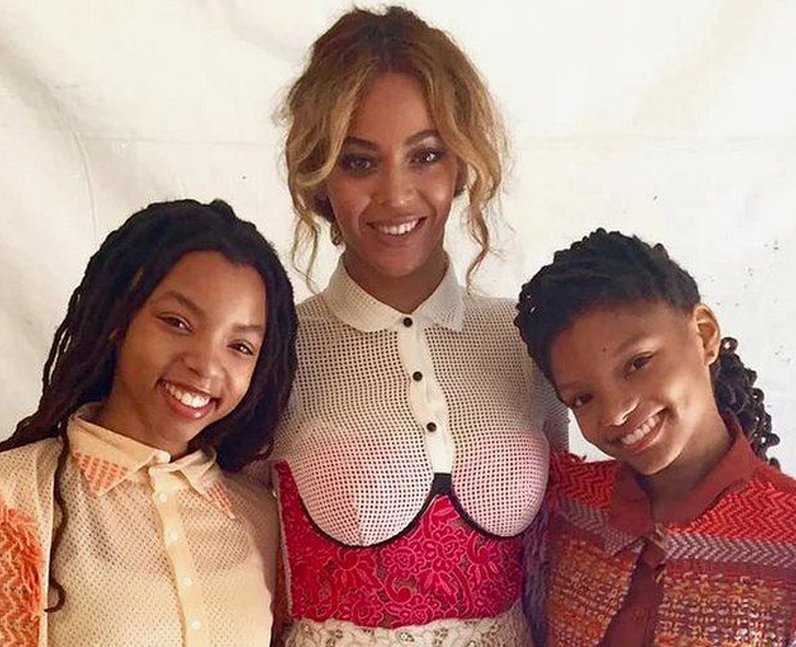 Despite their close relationship, Chloe x Halle share no blood relation to Beyoncé. However, Beyoncé has referred to them as her “family” multiple times. She signed the girls to her label, Parkwood, after their YouTube cover of ‘Pretty Hurts’ went viral in 2013. Since then, Beyoncé’s worked closely with Chloe x Halle and has been incredibly supportive of them. As well as being a hands-on manager, Chloe x Halle have supported Beyoncé on tour and appeared in her Lemonade film. [via Twitter]