How did Billy Ray Cyrus get on 'Old Town Road (Remix)'? 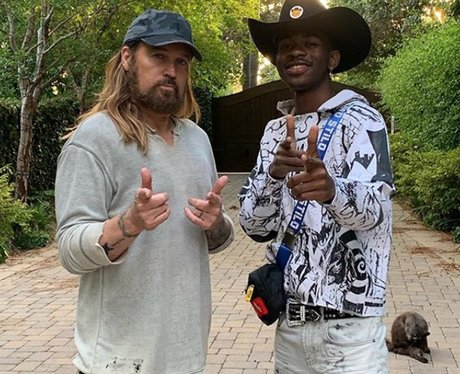 In December 2018, a day after the original version's release, Lil Nas X tweeted out that he wanted Billy Ray Cyrus on the song. And after Billboard removed "Old Town Road" from the Hot Country Songs chart, Cyrus tweeted his support for Lil Nas X. The song had really struck a chord with Cyrus, so he reached and linked up with Lil Nas X and now 'Old Town Road (Remix)' is riding high on the charts. [@lilnasx via Instagram]