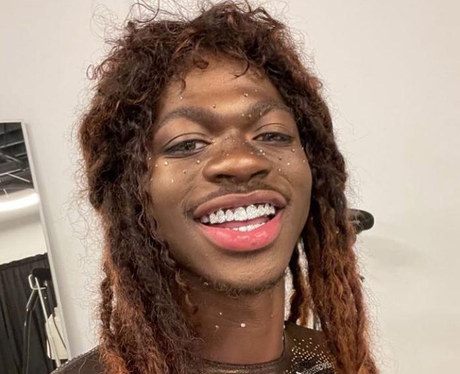 Lil Nas X released his debut album MONTERO on September 17, 2021. Before the album's release, Lil Nas X told Apple Music's Zane Lowe that the album is "about 15 to 18" tracks long and a deluxe edition will be released in the autumn. The album ended up being 15 tracks long and featured collaborations with Doja Cat, Megan Thee Stallion and Miley Cyrus. [@lilnasx via instagram]