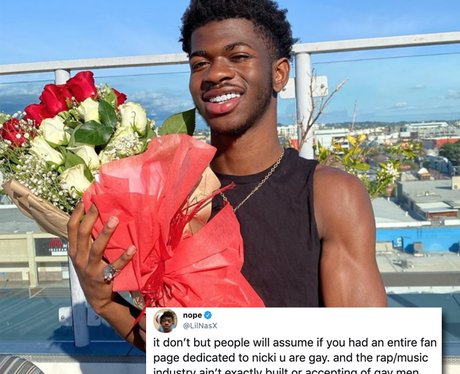 Lil Nas X has alluded to being behind Nicki Minaj fan accounts on Twitter, including @NasMaraj, which is thought to be behind several Islamophobic tweets. A New York Magazine article initially linked him to the account, however, he denied it and called the reports a "misunderstanding". He has now confessed that he was indeed a Nicki Minaj stan, but didn't admit it originally because he didn't want people to think he was gay. [@lilnasx via Instagram]