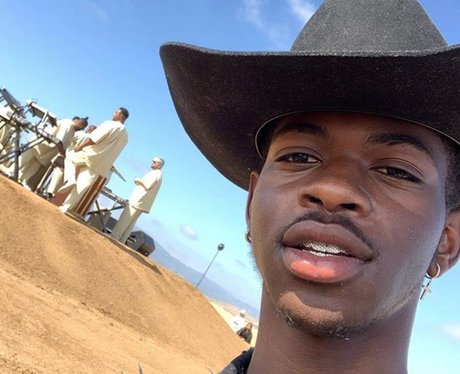 According to Billboard, Lil Nas X ran a now-suspended Nicki Minaj fan Twitter account @NasMaraj. However, Lil Nas X denied it was anything to do with him during an interview with NPR in April 2019. He said: "It's like a big misunderstanding and it's not one that I even want to give the time, because I'm never putting someone as the face of my career." [@lilnasx via Instagram]