Is Lil Nas X the son of rapper Nas? 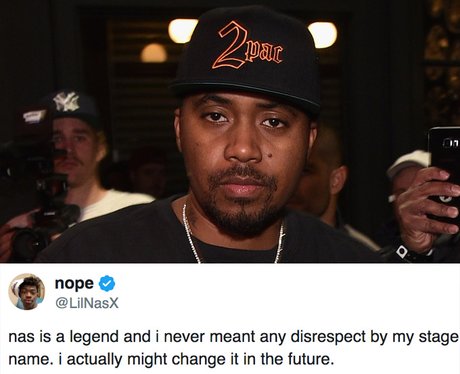 Lil Nas X is not related to rapper Nas. Nas has a daughter named Destiny and a son called Knight with singer Kelis. Lil Nas X admitted on Twitter that he might change his name to avoid confusion. He tweeted in April 2019: "nas is a legend and i never meant any disrespect by my stage name. i actually might change it in the future." [Getty/[@LilNasX via Twitter]