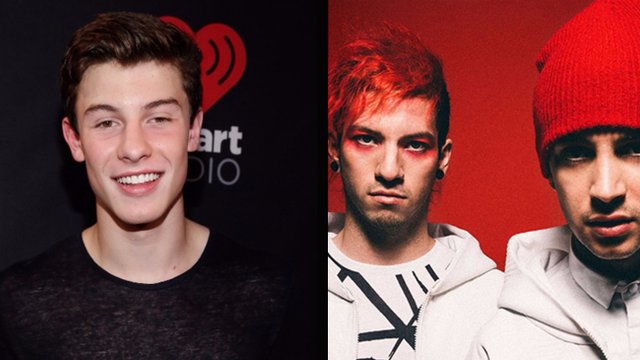 Vote for who YOU think should play on the show in our poll.

Good news, music fans! MTV is bringing back their iconic Unplugged series next month and they've tapped none-other than Shawn Mendes to kick off the reboot. Mendes performed at the Ace Hotel in Los Angeles for an intimate show and the subsequent episode is scheduled to air on Sept 8th.

For those that don't know, MTV Unplugged featured music acts reinterpreting their songs - and maybe a cover or two - acoustically. Many legendary artists have performed including Nirvana, Jay-Z, Eric Clapton, Bruce Springsteen, The Cure, R.E.M., Björk, Tori Amos, George Michaela, No Doubt - the list goes on!

Mendes said it was a clip of Pearl Jam performing on the show in 1992 that got him hooked on the idea of playing the show. “It wasn’t so much about the commercial, showman side of it; It was really about the music."

"We’ve been working our asses off just trying to figure out the most beautiful way to play these songs in a smaller, stripped-down way that still feels as impactful,” he added. “I feel like if I can do this right, then it will be a moment for me — where people can really understand and see me as a musician and a singer, and where I’m coming from.”

Don't get us wrong, we're PUMPED to hear 'Treat You Better' acoustically but what we really want to know is who YOU think should take to the Unplugged stage. Fancy seeing TOP's 'Ride' stripped back? Or would you prefer to see Halsey getting emosh with a piano to 'Sorry'? Or both! Let us know in the swiper quiz below. (FYI we've only included bands who haven't performed before - sorry Paramore & All Time Low!)