We crunched the numbers and can now reveal the 10 biggest selling pop punk albums of all time. Take a look...

There are some pop punk albums we all own copies of right? But have you ever wondered just how they stack up against the rest of the pack? Just what is the biggest selling pop punk album of all time?

We decided to investigate so we got our calculators out and have put together a list of all the best-selling records from acts in the pop punk scene to find out what will be crowned as the biggest pop punk album of all time.

Some of them might just surprise you (*winks suggestively*).

All results are based on current album certifications from around the world.

First off, here are a few notable albums that fell just outside the top 10:

Good Charlotte - "The Young And The Hopeless", 3-4 million

It's probably worth noting that most of the above records came out after internet downloads had become the norm making their sales lower. Just saying...

Wondering which albums beat them to the top? Let's take a look!

The 10 Highest Selling Pop Punk Albums Of All Time

Packed full of radio-friendly singles like "In Too Deep" and "Fat Lip", the Canadian group's debut propelled them instantly to international stardom. While their later releases would never quite hit this peak again, third album "Chuck" still managed a highly respectable 5 million copies sold. Their imminent comeback album should fare well following the success of their recent tour of the UK and scheduled Warped Tour dates this summer.

"Pretty Fly For A White Guy' was a Number One single worldwide and the Californians suddenly found themselves headlining festivals and appearing on TV shows. The album, in turn, became inescapable and that slightly disturbing artwork remains iconic among kids old enough to remember the group's early years. Speaking of which...

Despite being perhaps less culturally significant than their later efforts,, "Smash" remains The Offspring's biggest selling album, achieving the honour of being the highest selling album ever released on an independent record label. Regarded among critics as one of pop punks breakthrough records, it has been reissued twice and "Self Esteem" is still a major highlight of live shows.

In the early 00s, the pop punk sound took over the pop world with acts from all corners of the music landscape embracing the sound laid out by the biggest bands in the game. Avril Lavigne became the "pop punk princess", crossing over into mainstream chart success and her second album played off the success of huge single "My Happy Ending", going 3x platinum in the US alone.

Blink, at their commercial peak, were the undisputed band of the summer, soundtracking every road trip, beach day and vacation with your friends. "The Rock Show" and "First Date" benefitted from heavy video rotation on MTV and a joint tour across America with spiritual forefathers Green Day kept the sales rolling on in.

After their grip on the mainstream faded slightly with the release of the commercially underwhelming "Warning", Green Day retreated to the studio and, following the theft of an album's worth of demos, started over with the maddest, most creative moment of their career. The rock opera captured the political mood of the moment while the constant twisting of genres and lengthy medleys surprised critics and fans alike, pushing Billie, Mike and Tré back to the top of the rock world.

"All The Small Things" and "What's My Age Again" introduced the trio to a new, young audience hungry for the poppy melodies and upbeat vibes they delivered. The hilarious videos for both songs also helped in grain the band in the public consciousness after years of boyband earnestness.

Warped tour alumni No Doubt took their poppy Ska punk sound into the mainstream thanks in no small part to ultimate break up anthem "Don't Speak". Despite many future hits in the likes of "Hey Baby" and "Hella Good", this remains the band's most memorable moment and deservedly so.

He was a boy, she was a girl - can we make it any more obvious? It may have been the pop punk genres poppiest moment but the sales numbers speak for themselves, Avril's debut becoming the 21st biggest selling album of the decade and gaining her a worldwide following that stretched far outside her native Canada.

It's official - the most famous and genre-defining pop punk album is also its best selling. Released in 1994, Green Day's major label debut reached number 2 on the Billboard charts with 5 (!) hit singles and a Grammy win to boot. Not only that, it spearheaded the pop punk movement, opening the mainstream up for many other artists, allowing the sound to take over the charts and, ultimately, rule over the airwaves of the late 90s and early 00s. All hail the kings.

What do you think of the list guys? Any surprises? Let us know. 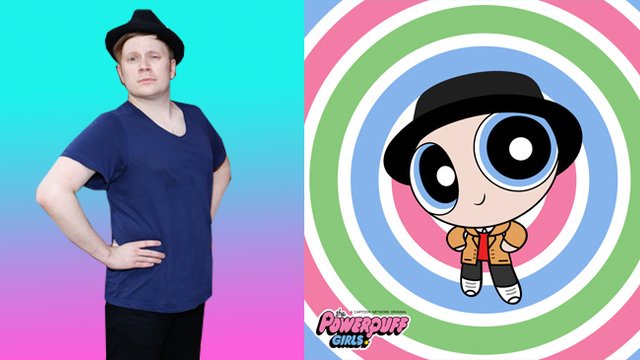