This image appears in the gallery:
Salem Ilese: 13 facts about the Coke & Mentos singer you need to know 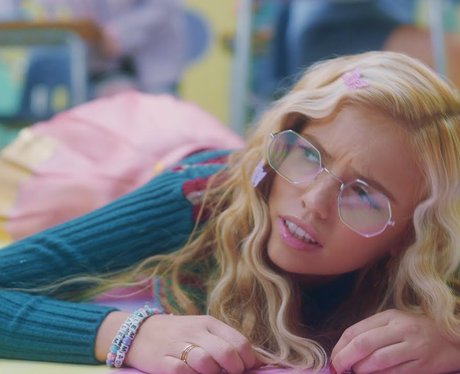 Salem Ilese says her new single 'Coke & Mentos' was inspired by a car game she plays with her boyfriend in an interview with Wonderland. She said: "We shuffle a playlist on Spotify and we look at the title of the song that comes on. We have until the end of that song to come up with a different concept relating to the title […] the song 'React' came, and I immediately thought, 'Oh, react. Chemical reaction. Coke & Mentos. When we touch it's Coke & Mentos.' I wrote the song a few weeks later."

See the full gallery: Salem Ilese: 13 facts about the Coke & Mentos singer you need to know