This image appears in the gallery:
Salem Ilese: 12 facts about the Coke & Mentos singer you need to know 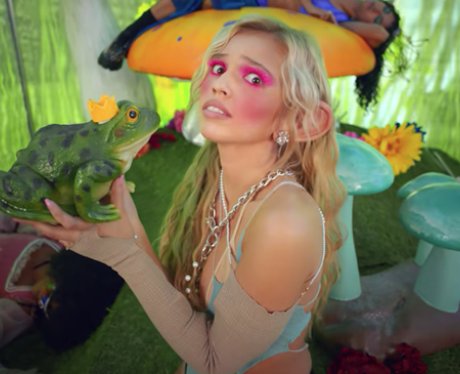 'Mad at Disney' really blew up on TikTok in September 2020 but it was actually written in August 2019 by Salem Ilese, Bendik Møller and Jason Hahs. The song title was born after Jason said he was "mad at Disney" for remaking The Lion King. Salem also said that Disney gave her a "false view of relationships" – and the song was born. It was then released on 24 July 2020. [salem ilese via YouTube]

See the full gallery: Salem Ilese: 12 facts about the Coke & Mentos singer you need to know