Shawn Mendes sat down with Popbuzz to talk everything from dating, social media, and his family.

Last week we caught up with teenage heartthrob/singer + songwriter, Shawn Mendes. We talked everything from his album, Handwritten, to social media, and his family as well. We can confirm that Shawn is a nice Canadian boy who loves his fans--as well as a few other things.

Other than just having a lovely chat with Shawn, we also wanted to get his guide to basically everything, starting with his debut album, Handwritten. 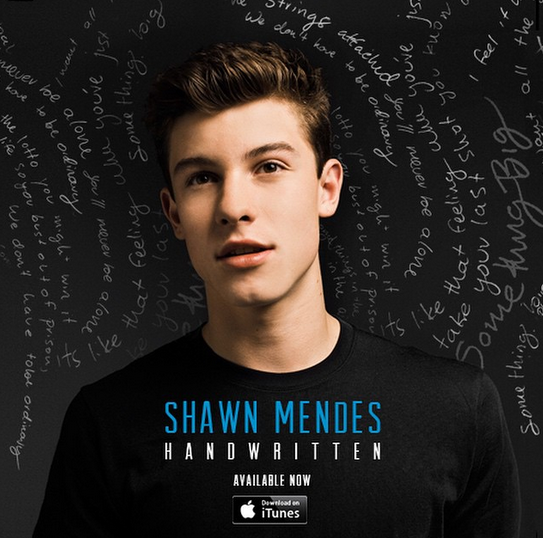 Handwritten was released in April of this year and debuted at number one on Billboard its opening weekend. Suffice to say, Popbuzz (and every other Shawn fan) has thoughts on the album, but what does he think of it?

"It’s an acoustic driven album. My first album. I wrote, not all the songs on the album, but six or seven of them were written by me. It was kind of like 'the beginning of my career'. It shows what I was like when I started and what I could come up with as a 15, 16 year old. It's a good starting point. I think that my musical style and writing has matured a lot since then."

But what are Shawn's Favourite songs from Handwritten?: "I don’t even know your name" + "Stitches"

To be honest, as an artist, you always hate your old music. You never love all of the music you've done.

If Shawn were to describe Handwritten in emoji he would go with this winning combo:

"In that exact order."

Shawn recommends stitching up a broken heart by...

"Staying busy. Not giving yourself empty room to think about it. That's the smartest thing you can do."

We're guessing Shawn is doing more heartbreaking these days on account of him being a huge success with the ladies, but we take his point. Not to mention the fact that "Stitches" is the best heartbreak song and "Life of The Party" is the best finding new love song. Shawn has us sorted for all the stages of love.

Halloween isn't just a day for Shawn's family. It's a lifestyle.

"My dad takes Halloween serious. At our house we always dress up and create scenes—like murder scenes. It takes like three weeks. It was always a fun thing as kid. [...] When I was really young I was either a lion or a spiderman [for Halloween]."

But if Shawn had his way for un ULTIMATE Halloween consume?: "I'd create an Iron man suit. Like a legit Iron Man."

We're looking forward to Shawn carrying out his dream costume, although we're guessing Shawn isn't referring to this particular Iron Man gem. Tony Stark would be rolling in his grave.

Shawn knows all about leaving home to go on tour tour.

Being away from home, especially at such a young age, can be tough--for sure. It seems though that our main man, Shawn, is taking it all in stride. He may only be 17, but Shawn isn't letting that stop him from handling things like the consummate professional we know he is.

You just get used to it. I miss being at home and having the luxury of jumping in my car. I miss my friends. My bed. My mom’s cooking 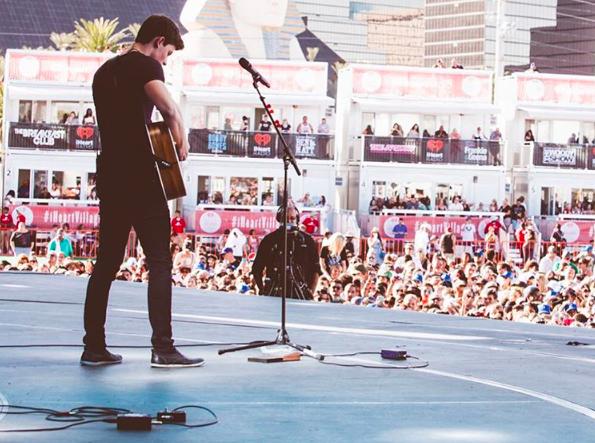 But when it comes to the fans, Shawn sees his loyal army more as his equals.

It’s not so much a fan base but a team.

What about mom and dad?: My parents have gone through this with me. They haven’t held me back at all. I didn’t have to do much convincing.

"The worst thing you could do is try to be perfect."

You may see his massive follower count and huge social reach, but Shawn admits that he is kind of "shitty" on social media. Not that we believe that for one minute, but Shawn says he prefers when people are more authentic online--especially on Instagram.

"It bugs me when every single photo is an edited photoshopped photo. That's not real life."

"If there was a wall between the two of you, that would suck."

As you would expect, Shawn doesn't have a ton of time to date. When he is not touring the actual world though, his perfect date scenario is pretty low key.

We're dying to hear the next album though...

We're not 100% sure what that means but for some reason our blood pressure has just shot up. Be still my heart. More Shawn Mendes on the way can only be a good thing. 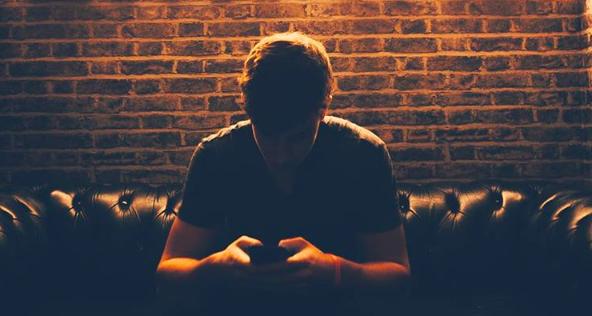 Shawn Mendes' Live Performance Of "Stitches" Will Give You Goosebumps