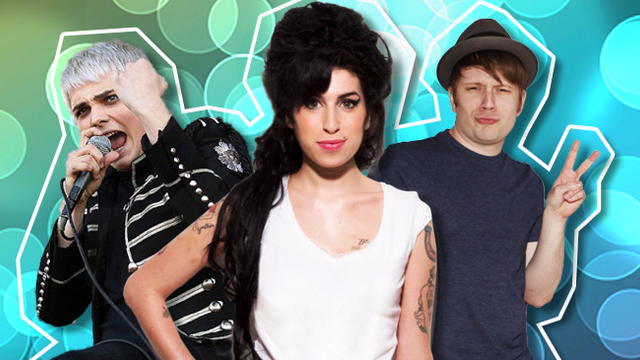 Contrary to popular opinion, 2016 has NOT been the best year for music. In fact, the best year for music this side of the millennium was actually 2006. Cast your minds back to the sweet sweet year that saw the golden age of Emo and the rise of Solo Fergie - fond memories, huh? School discos wouldn't have been anywhere near as good as they were if it wasn't for all that good pop music.

1) "Lying Is The Most Fun A Girl Can Have Without Taking Her Clothes Off" By Panic! At The Disco

Ahhh, we remember it well. It was the depths of winter when the seminal 'A Fever You Can't Sweat Out' finally dropped in 2005 but it wasn't until the height of the summer until we were finally blessed with this iconic anthem. Ugh, there's something about the way Brendon whispers the opening lyrics of the song... but that's a whole 'nother discussion entirely. *fans self*

Any song featuring Eminem was bound to be a TUNE but this one? This sexist banger was different. Life-changing almost. If you can't agree that this was not one of the best songs released post-millennium then you should probably go sit in front of a mirror and take a long hard look at yourself.

3) "Welcome To the Black Parade" by My Chemical Romance

When I was a young boy, my father took me in to the city to buy 'Welcome To The Black Parade' on CD. He said "Son, when you play this, you'll know that this was one of the best songs produced in 2006 and nothing will ever top it." He was right. Thanks, Dad.

The Disney Channel really came through in the clutch of 2006 with this timeless classic. We've yet to see a song even match the dizzying heights of this karaoke classic; this number still holds up as one of the best ballads that had ever been produced in the last 10 years. Simmer down, Adele.

5) "Back To Black" by Amy Winehouse

The title song from one of, if not THE best album of 2006. It's hard to pick a stand out from Amy's debut album but we'll be daaaamned if anything ever comes close to this soulful, moody bop. It's been 10 years and this track still holds up as one of the best ever.

Oh alright, one more Winehouse classic for good measure. My god, what an amazing year to be alive.

Remember when everyone had zero cares in the world and the sun shined everyday and The Scissor Sisters would play the old Joanna while we overzealously shimmied out hearts out on Just Dance? This song united music fans from all genres - that type of thing doesn't happen anymore in 2016. Ever. *single tear*

When The Killers released 'Mr Brightside' in 2004, it opened up a whole new sub-sub-genre of music: Drunken Shouty Lyric Anthems. While 2016 hasn't been short of drunken shouty lyric anthems - or roadtrip bangers, of which this is perfect - we've yet to have another as quite good as RHCP's Dani California. FACT.

10 years of misery. We're already crying. Not entirely sure why we even embedded this one. We're still upset about it, tbh. Now we're just thinking about first crushes and catching some feelings... brb.

10) "A Little Less Sixteen Candles, A Little More "Touch Me"" by Fall Out Boy

HELLO! NOT EVEN FALL OUT BOY HAVE MANAGED TO TOP THIS CLASSIC BANGER. Nothing on 'Folie A Deux' even comes close, seriously. The video was SO bad that it was literally perfect - you can't get away with that kind of stunt in 2016. Truly the golden age for both FOB and vampires in pop culture.

If there's one thing that warrants Lily Allen a spot on this list of iconic songs from 2006, it's her lyrics alone. "There was a little old lady, who was walking down the road, she was struggling with bags from Tesco / There were people from the city having lunch in the park, I believe that it's called al fresco." Pretty sure no one has referenced a British supermarket chain in pop music since.

Actually, not much has changed in 10 years for Bey - except she now has three dragons and an army of loyal warriors. She's still putting out fire tracks, telling us how to handle the dead-beat men in our lives. 'Irreplaceable' was the original though, it's like every track on 'Lemonade's much older and much wiser Grandma. All together now... TO THE LEFT, TO THE LEFT.

13) "When You Were Young" by The Killers

The Killers, back at it again with those drunken shouty songs! God, 2006 was honestly such a great year for karaoke.

14) "Sexy Back" by Justin Timberlake

'Future Sex/Love Sounds' was one of the best pop albums of 2006 - thanks to producer Timbaland. A school disco wasn't complete without this one and it was even more exciting for the 10-year-old you because it felt so risqué to dancing to this 'grown up' bop out on that dance floor with your classroom crush. 'Sexy'?! OMG.

If there's one thing we can agree on, is that both 2006 and 2016 are better for being blessed by this underrated Queen of Pop. Slay me Fergie. Long may she reign. 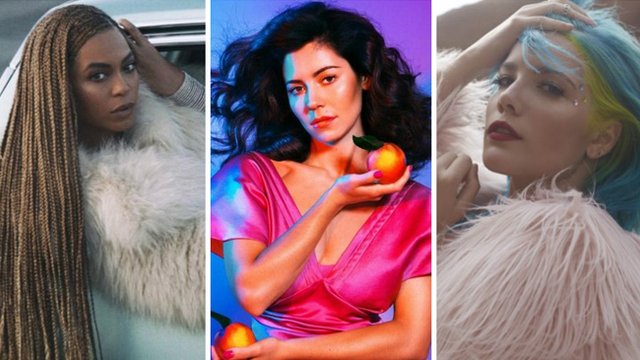 7 Songs To Give You Life When You've Given Up