SZA's 'Ctrl' Is A Lesson In Women Confidently Embracing Their Sexuality 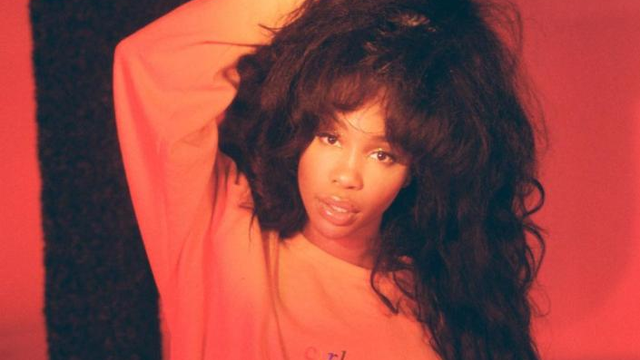 Love and sex are not the same in SZA's world.

Last month, r&b's rising star SZA released her debut LP, Ctrl. The 26-year-old is candid and upfront about everything on the album. From ex-boyfriends to hook-ups, and the realities of being emotionally unavailable, SZA shares it all with little hesitation.

Ctrl languishes in its cross genre appeal while simultaneously attempting to have an open conversation about what it really means to be a sexually autonomous woman in 2017.

Female musicians are often encouraged to be concise as songwriters. Don't be too personal. Don't be too vulgar. Don't be too much. When Beyoncé released Beyoncé, the unconverted masses complained that it was a much too personal record. A much too sexual record. The truth is that we balk when women refuse to be vague about their sexuality.

SZA turns that conventional wisdom on its head. The gifted lyricist tells the truth about how messy unofficial romantic situations can be and hits us with lyrics that sound like texts from a friend returning from their extended Tinder date.

Is SZA ashamed of a good ol' fashioned booty call? Not really.

"I came to your city looking for loving n' licky, cause you promised to put it down," she declares on "Love Galore".

Is SZA bothered about your relationship drama? Not in the least.

"You take Wednesday Thursday, then just send him my way. Think I got it covered for the weekend," she suggests to a love rival on "The Weekend".

Men in her genre have been talking about their complicated love lives since the invention of lyrics and melody. Lyrically (and sonically), SZA and Frank Ocean are contemporaries, neither viewing love and sex as cut and dry experiences.

Fans see this clearly in SZA's music and her persona.

In SZA's world, sex and love don't always go hand in hand. In SZA's world, sometimes sex is just sex and the anxieties that come with wanting to be alone without really being alone in your 20s are par for the course.

In music, women are often relegated to two modes. Looking for love or happy in love. On Ctrl, SZA blows the lid off of one of society's best kept secrets. Unattached women have sex and, sometimes they even like it more than the boys.